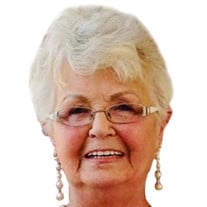 Barbara Bence, beloved wife, sister, mom, “Grandbee,” “bibs,” friend, and daughter of our Lord Jesus Christ claimed her eternal reward; leaving this earth hand in hand with her Savior Wednesday February 26, 2020. Mom was born in Lindsey, California August 18, 1935, the daughter of parents’ LaVerl F. and Hazel R. Nell. Barbara grew up in many places as a child of a military father (Army Major). Harold R. Bence Jr. (Dad) entered Mom’s life as a fellow telephone operator after being introduced to each other by future mother in law, Edna J. Bence, wife of Harold R. Bence Sr., future father in law in Lemon Cove, California. Mom proceeded to get dad fired, which was the beginning of a 66 year love affair! Mom and Dad were married on January 30, 1954. Dad (Marine Sgt.) had been honorably discharged from the Marine corp, coming home to San Francisco, California, from Korea. A son and daughter were born in San Francisco (Bob & Cindy). Several years subsequent “Barb and Bob” moved to Fresno, California where another daughter was born (Trishanne). Barbara worked for Foremost Dairies and tended home while Harold completed college at Fresno State and worked at Fresno County Juvenile hall; Both simultaneously shepherding the growing family. The Bence family moved to San Andreas, California soon after, where Barb worked for Calaveras Unified School District and Harold worked for the California Youth Authority. Barbara completed her BA at University of San Francisco followed by a Masters at Saint Mary’s College of California. After Barb and Bob became empty nesters, with the exit of the children, the folks moved to Anchorage Alaska in retirement and twelve years later moved to Logan Utah. Barb and Bob were inseparable in their life for sixty six years of love, life, and entertainment. Mom and Dad both received the Lord in the mid-sixties while in San Andreas. The children followed their spiritual lead. The lives of each family member were changed for eternity! Mom and Dad served the Lord faithfully and actively ever since, bearing fruit of the spirit, and exemplifying the love of Christ Jesus to all encountered. Mom is survived by Dad, their three exemplary children - Bob and Lil Bence, Cindy Comins, Trishanne & Steve Lininger , and Susie and Roy Keith, and various other loving family and friends who will deeply miss her. Funeral services will be arranged Allen- Hall Mortuary and held at Grace Baptist Church, 475 West 600 North in Logan, Saturday February 29, 2020 beginning at 3:00 pm at the same location. Condolences may be expressed online at www.allenmortuaries.net.

The family of Barbara Bence created this Life Tributes page to make it easy to share your memories.

Send flowers to the Bence family.