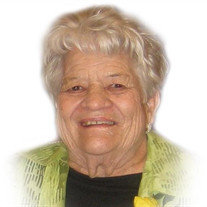 Betty Lou Yonk Zilles was born on January 11, 1931 in Logan, Utah. She was the youngest of four children born to Garland and Cynthia Yonk. She died on February 11, 2020 surrounded by loved ones. She was 89 years old. Betty Lou grew up on the family farm in Petersboro. She much preferred being outside with her father rather than cooking and cleaning indoors with her mother. One of her favorite things to do was pick wildflowers especially bluebells up the creek. She had fond memories of growing up in Petersboro and being the Mendon May Day queen. Betty Lou graduated from South Cache High School in 1949. She attended Utah State University graduating with a degree in Elementary Education in 1953. Betty Lou married Rex Zilles on April 2, 1953 in the Logan LDS Temple. During their courtship, they spent many weekends dancing to the Mendon Jazz Orchestra. Betty Lou wrote to Rex for two years while he was stationed in Germany during the Korean War. They made their home in College Ward raising their five children on a dairy farm. Once her children were grown, Betty Lou worked at the USU Bookstore and Gift Shop, retiring in 1995. One of the things she enjoyed most about her job was working with the young college students. Anyone who knew Betty Lou recognized her caring personality and ability to make friends. Just thinking about her brings a smile to your face. Betty Lou was a faithful member of the Church of Jesus Christ of Latter-day Saints. She served in various church callings, her favorite being Primary president. Above all, Betty Lou loved her family and was proud of their accomplishments. Her grandchildren and great-grandchildren brought her so much joy. She is survived by her children Dave (Kathy) Zilles, Gordon (Cindy) Zilles, Rexann (Dave) Edwards, Ross (Lori) Zilles, Heidi (Peter) Pakuch, 14 grandchildren, and 26 great-grandchildren. She was preceded in death by her husband Rex, her parents Garland and Cynthia, her brothers Merlin and Earl, and her sister Dorothy. Funeral services are under the direction of Allen-Hall Mortuary and will be held at 12 p.m. Saturday, February 22, at the College Ward LDS Chapel, 2394 W. 2200 S., College Ward, Utah. A viewing will be held from 6 to 8 p.m. Friday, February 21, at Allen-Hall Mortuary, 34 E. Center Street, Logan, Utah and prior to the services Saturday from 10:30 to 11:30 a.m. at the College Ward LDS Chapel. Betty Lou will be buried beside her beloved husband Rex in the Mendon City Cemetery. The family expresses sincere appreciation to those who have lovingly cared for Betty Lou these last years of her life. Condolences may be expressed online at www.allenmortuaries.net.

Betty Lou Yonk Zilles was born on January 11, 1931 in Logan, Utah. She was the youngest of four children born to Garland and Cynthia Yonk. She died on February 11, 2020 surrounded by loved ones. She was 89 years old. Betty Lou grew up on... View Obituary & Service Information

The family of Betty Lou Yonk Zilles created this Life Tributes page to make it easy to share your memories.

Send flowers to the Zilles family.