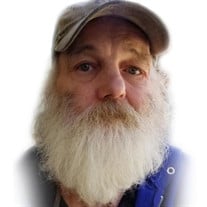 Boe Dean Cazier was born in Salt Lake City, Utah, on June 29, 1964. He passed away on January 22, 2021. Like his brothers before him, he passed away in an unfortunate dramatic way. All three brothers died in tragic accidents. Brett, as an infant, died when a swing set fell on him. Dirk perished on a motorcycle, and Boe was killed in a house fire in Logan, Utah, where he had lived for many years. He was 56 years old. One of his sisters, Cindy, said that she hoped the boys weren't setting a precedent for the rest of us! Boe would have chuckled over that comment, and deeply loved his sisters. Boe Dean has six sisters. However, three sisters, Mary Ann Johnson, Cindy Winward, and Shirley Maynard, left home when he was still young. Their leaving left three sisters to contend with, Rozanne Workman, Evette Hunt, and Nanette Niebergall. Being the youngest with three sisters at home could be grueling. Fortunately, Dirk was there to even the odds. One day, Boe called his sister Rozanne a bad name. She began chasing him. He was able to dive under and over fences and careen around corners so fast that she couldn't get close. He circled the barn and a huge hole in the field and ran along the riverbank and back. Years later, Boe said, "I didn't know what the word meant, but had heard it at school that day and wanted to try it out." He laughed as he finished, "I knew I was running for my life. If she had caught me, I was dead." Typical! Boe Dean loved words. He spent time doing crossword puzzles and word games. Boe read the dictionary for fun. He relished jokes, especially those that were plays on words. You couldn't be around Boe, friend or stranger, without hearing the day's joke. The last joke he told was, "What is the downside of eating a clock? It's so time-consuming!" We're not sure where this penchant for jokes and funny stories came from. He didn't get it from his dad, Verl, or his mom, NaVon; they had their lighter side but nothing like Boe Dean. Maybe it was dealing with all those sisters. A guys gotta find a way to survive! Boe Dean's talents and skills began to manifest early in his life. He and his sister Nanette built forts in the willow trees along the river with halls and rooms. He taught her how to choose the right willow switch when sent for one by their dad because they were in trouble. This knowledge came from choosing many willow switches over the years. Can you hear the chuckle? You're a scamp, Boe! Despite being a long-time alcoholic, Boe used his skills and talents to bless many others' lives. When he was a young man, he served in the army. Boe taught himself to paint. He learned how to work with wood and made beautiful chess sets. He was excellent at chess. Being a Master Finish Carpenter, he knew how to work with wood. His ability to lead teams of men kept him employed in the construction industry. One day he described an invention he wanted to create that would benefit that industry. It was extraordinary. Boe Dean was good at thinking outside of the box. He could see what others couldn't. He would take worthless items and somehow create something beautiful and worthwhile. He wasted nothing. Perhaps his most outstanding talent was his ability to be genuinely grateful. He was thankful for anything you did for him. Recently, as Evette was leaving his home, he said, "Thank you." She replied, "You're welcome." Then Boe said, "No, really. Thank you for everything you do." Boe loved his dogs, Mr. Tibbs and Portier. He taught them sign language, and his commands were in Spanish. Those dogs understood Spanish. Another one of Boe's little jokes. They were his joy. Boe Dean was generous and had no greed in his soul. One day, someone taking him for a homeless man, which was understandable, gave him ten dollars. He told them he didn't need it, but they wouldn't take it back. He walked down the street until he found someone who did need it and gave it to them. Despite all his gifts and talents, because of alcohol, he lost his family and many of his dreams. He married Karen Vicki Chavira and had two children, Tristan Cazier and Nicole Cazier. Nicole has two darling children, Penny and Leo. But because of his alcoholism, the marriage couldn't last. Since Boe's passing, it has been amazing to see how many people knew and liked him. His neighbors commented on how nice he was and what a wonderful smile he had and his long white beard. Although he kept to himself, they said he was always ready to lend a helping hand if anyone needed it. Just a short time before his death, an older neighbor passed away. He was one of the first to reach out to the family and offer his help. No one knew about his struggles or the demons in his soul. They only knew his smile and generous spirit. Boe was the stranger that came to you on a day when you really needed it. He had a way of sensing when a laugh would help. We love you, Boe Dean. We will miss your cheery smile, and your great (Cindy says stupid!) jokes. LOL Can you hear him laughing? May we learn from you, Boe, to see those around us with greater clarity, less judgment, and deeper love. If you are interested in attending the virtual funeral on January 31 at 1pm MT (US and Canada), via Zoom, please text 801-574-9094 and we will send you the link. To leave condolences go to www.memorialutah.com

Boe Dean Cazier was born in Salt Lake City, Utah, on June 29, 1964. He passed away on January 22, 2021. Like his brothers before him, he passed away in an unfortunate dramatic way. All three brothers died in tragic accidents. Brett, as an infant,... View Obituary & Service Information

The family of Boe Dean Cazier created this Life Tributes page to make it easy to share your memories.

Send flowers to the Cazier family.