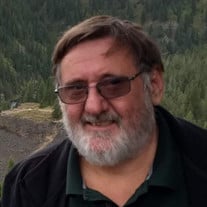 Brent V Sorenson, beloved husband and father, passed away at the age of 70 on Sunday, December 12, 2021. He was born in Logan, UT to Verla Larsen and John (Jack) V Sorenson. He married Donette Rose on August 24, 1973 in the Ogden, UT LDS Temple. Brent grew up in Hyrum, UT, and also lived in Lakewood, CO, Smithfield, UT, and Southern California. He went to Weber State University and was a member of the WSU swim team. He also attended Utah State University and graduated with a Bachelor’s Degree in Business in 1977. He was a true USU Aggie and was proud that all of his kids were Aggies too. Brent was a one-of-a-kind soul that broke the mold. He touched many lives with his humor, advice, unconditional love and support, and genuine interest in those who took time to be part of his life. Brent had a remarkable inner strength which shined through in his grit, perseverance, and resilience despite what life handed him. He was very selfless and whole heartedly shared the things he loved with the ones he loved. Incredibly devoted to his family, Brent gave them his unwavering love and support. He met his wife of over 48 years, Donette, in Logan and they were blessed with three children: Tyler, Blake and Brooke. He loved his wife and kids deeply and would do anything for them. He also dearly loved his mother, Verla, and shared stories of how much she influenced his life. Brent taught his kids to swim at a young age, which later grew into competitive swimming. The family traveled the West for years competing in swim meets. Brent had a connection with water which helped shape the whole family’s love of water and of life as well. Brent lived life to the fullest. He looked forward to and enjoyed outdoor activities including rafting, camping, hot springing, snowshoeing, snowmobiling, outdoor cook outs, and “joonkaing” (walking with the dogs in the mountains). He also enjoyed baking, cooking, rooting for the Aggies, riding his Goldwing with his wife, touring microbreweries, and spending time with the family dogs, which were all part of the family. He always brought joy and excitement to holidays with his incredible pumpkin carving, his irresistible made from scratch apple pies and quiches, along with other adventurous family holiday endeavors all year round. Especially during holidays, Brent had a special gift of bringing the family together and always wanted his loved ones to be with him. A lifelong learner, Brent had interest and detailed knowledge in history, geology, hydrology, engineering, and environmental studies. Brent was a natural problem solver and he immersed himself in his projects. He was also a self-taught, artistic and skilled craftsman with talents in carpentry, landscaping, and steel and home/cabin design. He creatively designed his family’s homes, several state-of-the-art family raft trailers, and other unique and useful projects. He also spearheaded and followed through on many remodeling and improvement efforts at the family cabin in Island Park, ID throughout the years. Somewhat later in life, Brent discovered his passion for Idaho’s Salmon River and went on to become a skilled whitewater boatman at the age of 55. Throughout the rest of his life he joined family and friends on several multi-day and day-trip expeditions in Idaho, Utah, Montana, and Wyoming. He also took up RVing and touring in his truck camper with his wife, exploring the mountains, rivers, and deserts in the above states. They later added Nevada and California to the list as well. On one of their many adventures, Brent and Donette found a piece of property along the Salmon River where he was able to live out and make more dreams, and enjoy and cherish the river and its wonders with his family. Brent will be immensely missed by family, friends, and dogs. He is survived by his wife, Donette, his children R. Tyler (Jenny) Logan, UT, Blake (Dana) Logan, UT, and Brooke (Brad) Twin Falls, ID; grand-doggers Josey, Willis and Ellie; and his brothers and sister. He was preceded in death by his parents. A private memorial service was held on December 15, 2021. Family and friends are invited to sign Brent’s guest book at www.allenmortuaries.com. Arrangements by Allen-Hall Mortuary

Brent V Sorenson, beloved husband and father, passed away at the age of 70 on Sunday, December 12, 2021. He was born in Logan, UT to Verla Larsen and John (Jack) V Sorenson. He married Donette Rose on August 24, 1973 in the Ogden, UT LDS Temple.... View Obituary & Service Information

The family of Brent V Sorenson created this Life Tributes page to make it easy to share your memories.

Brent V Sorenson, beloved husband and father, passed away at...

Send flowers to the Sorenson family.