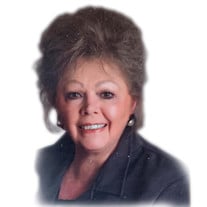 Carol Jensen Hill, 75, of College Ward passed on the morning of February 20, 2022 at the Cache Valley Rehabilitation Center. She was born January 2, 1947 in Brigham City, Utah; a daughter of EH and Amy Grover Jensen and was the first New Year's baby born in Box Elder County. She was the third of 4 children, raised in Brigham City and summered on the family farm in the Pocatello Valley. She attended Central Elementary School, which is now the site of the new Brigham City Temple, and later graduated from Box Elder High. She attended USU where she met Rick Hill. After some time of her convincing Rick he was ready, they married in the Logan Temple, on Oct 13th, 1972 (a Friday) this year being their 50Th. In the fall of 1973, they moved to College Ward, Utah where she raised her family of three children, Jeff, Larissa and Tyler. When the youngest went to school full time, she went back to work at in the Logan School District at Logan High, from which she retired after 24 years. Later she received a lot of pleasure from watching her 7 Grandchildren, the 6 boys that are pallbearers and one beautiful Granddaughter. She had many church callings and always looked forward to seeing her visiting sisters and the home teachers, especially in recent years as her health was declining. She is survived by her husband Rick, their three children, two sisters and their spouses. She was preceded in death by her Parents, In-laws, Brother, Niece, Nephew and many Aunts, Uncles and Cousins. Funeral Service will be held on Saturday, February 26, 2022 at 12:00pm at the Spring Creek LDS ward 2394 West 2200 South College ward. A visitation will be held from 10:30 to 11:30am prior to the service and on Friday, February 25, 2022 from 6:00 to 8:00 pm at the Allen Hall Mortuary, 34 East Center St. Internment will be in the Logan City Cemetery. Condolences and memories may be shared online at www.allenmortuaries.com. Services will be live streamed at https://us02web.zoom.us/j/86116088807?pwd=ODlBZEhaWWNIUURMTERNTkpGSTJEdz09 Password: Hill

Carol Jensen Hill, 75, of College Ward passed on the morning of February 20, 2022 at the Cache Valley Rehabilitation Center. She was born January 2, 1947 in Brigham City, Utah; a daughter of EH and Amy Grover Jensen and was the first New Year's... View Obituary & Service Information

Carol Jensen Hill, 75, of College Ward passed on the morning...

Send flowers to the Hill family.