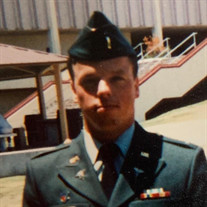 Dr. Darrel Theodore Stock, age 52, died Tuesday, March 17, 2020, at his home in Las Vegas Nevada. Dr. Darrel Theodore Stock was born December 22, 1967, in Norman Oklahoma, to Alda Kaye Freelove & Albert Dean Stock. He was raised in Oklahoma, Texas, Utah and Montana. He graduated from Broadwater County High School, Townsend, Montana in 1986. His childhood was spent side by side with his twin brother David, with whom he had an unbreakable bond. The twins, and their siblings and father loved to go fly fishing together in Montana. His marriage to Deanna Schwartz (July, 1989) produced their two daughters Ashley and Alyssa. They started out in Townsend, later moving to Bozeman, to attend Montana State University, where their first daughter, Ashley, was born. In 1991 Darrel joined the U.S. Army and was stationed in Frederick Maryland where he attended Hood College from 1991-1992. They returned to Bozeman and he graduated from Montana State University. They were blessed with their daughter Alyssa in 1994 the same year he began medical school in Kansas City. In 1997 he moved to Denver, Colorado to complete his residency rotation and then graduated from the University of Health Sciences, College of Osteopathic Medicine, Kansas City, Missouri, on May 17, 1998. They were later divorced. He was honorably discharged from the U.S Army Medical Corps, at the rank of captain, in 2003. While in the service he was awarded the Army Commendation Medal, National Defense Service Medal, and an Army Service Ribbon. We continue to be grateful for his service. Darrel had a true wanderlust. His time on earth was spent traveling as a Family Practitioner and serving in VA hospitals all over the U.S. He lived in Hawaii, Colorado, Montana, Oklahoma, Texas, Utah, and Nevada and was loved by his patients wherever he went. He married Tonya (Mamerta) Pormanes in Las Vegas Nevada On October 25, 2012. They enjoyed 8 beautiful years together traveling to California, Colorada, Montana and ending up in Las Vegas. Survivors include his wife Tonya Stock, his two children, Ashley Martin and Alyssa Quintana, three grandchildren: Madalyn (daughter of Ashley), Luna & Skyla (daughters of Alyssa and Santiago), his parents Alda Kaye Freelove Welch & Dr. Albert Dean Stock (Patricia Spallone), his siblings Michael Dean Stock, John Clayton Stock, Brian Clair Stock, Dr. Stephen Durrant Stock, Dr. David Anthony Stock, and Julie Ann Stock-Lagasse and his step Siblings Blaine and Jeanine. He was preceded in death by his stepfather Arthur Bryan Welch. Due to current world events there will be no funeral at this time. A memorial will be announced later this year. Arrangements by Allen-Hall Mortuary. Condolences may be expressed online at www.allenmortuaries.com

The family of Darrel T Stock created this Life Tributes page to make it easy to share your memories.

Send flowers to the Stock family.