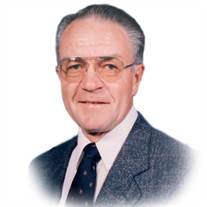 David was born June 24, 1934 to Ernest Ashcroft and Florence Lamb Ashcroft. He was the second of four children: Older brother Gaylen Ashcroft (Elaine), younger sister Carol Larson (deceased; Guy Larson) and younger brother Frank Ashcroft (Pat). David was happy and active in his youth. He loved to play sports, especially baseball. He was on various teams and even played on city leagues. Dad was a member of the Church of Jesus Christ of Latter-day Saints. He chose to serve a full-time mission and was assigned to the East Central States Mission from 1954 to 1956. After returning home, he was drafted into the army where he served for one year. He was released from the army due to his father’s declining health and being needed to help on the family farm. Dad spent the next 5 years in the Army Reserves and helped his father keep the farm going. On October 17, 1958, David married his eternal sweetheart Alys Ann Reeder in the Logan temple. David loved, adored and treasured Alys Ann everyday of their life together. The last words he said to her were, “You’re so beautiful, honey.” David and Alys Ann were blessed with four children; three sons and one daughter: Bruce David Ashcroft (Debra), Bert Reeder Ashcroft (Carolyn), Brian Hawkes Ashcroft (April) and Julie Amussen (Mark). The family has grown over their 62 years of marriage to include 12 grandchildren and 20 great grandchildren. David enjoyed and worked hard to provide for his family. He was employed by I.M.L. Freight Inc. for 21 years. After retiring and not being able to be idle, he worked for 15 years for the LDS Institute on the campus of Utah State University. He also kept busy by being active in service organizations such as the Lions Club and in many leadership responsibilities in his church. Dad’s sense of duty and hard work has been a great example and blessing in our lives. David and Alys Ann served in two missions together; a proselyting mission in the New York Utica Mission from March 2000 to August 2001. The second mission was serving as service missionaries at the Joseph Smith Memorial Building in Salt Lake City for two years. David and Alys Ann lived in Hyde Park, Utah all of their lives. However, in 2005, they made the decision to move from Hyde Park to Syracuse, Utah to be closer to their family. Although they missed their friends dearly, the move proved to be wonderful. They enjoyed many new experiences, new friendships and new opportunities to serve. David was proceeded in death by his mother, father and sister, Carol. He is survived by his wife Alys Ann Reeder Ashcroft, his children. his grandchildren and his great grandchildren. The family would like to especially thank his nurse, Marisa Smeding, nurses aide, Makayla Schaub, and Suncrest Hospice for their diligent and loving care during the last two years. Marisa has not only provided loving care to our dad but provided much needed support for our mother as she cared for our dad in their home until his death on Wednesday, October 21, 2020. Funeral services will be held at Allen-Hall Mortuary,34 East Center Street in Logan, Utah on Saturday, October 24, 2020 beginning at 12:00pm with a viewing prior from 10:30 to 11:30am. In lieu of flowers, please donate to a charity of your choice. Interment will take place in the Hyde Park Cemetery. Services will be streamed and may be viewed at https://us02web.zoom.us/j/87398262045?pwd=bkVLQkFONFU3aVVWT250L1YrdlgxUT09 Password: Ashcroft

Send flowers to the Ashcroft family.