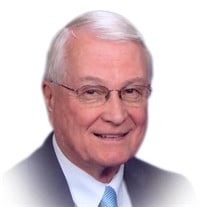 David Bisel Stephens (Bi) of Logan, Utah, beloved husband, father, grandfather, brother, and friend passed away suddenly and unexpectedly of a brain infection in Salt Lake City, Utah at the University of Utah Hospital on August 21, 2021 at the age of 77 with his family by his side. Bi was born and raised in Tooele, Utah, which was, to him, the perfect place for a happy childhood. He enjoyed sports of all kinds especially basketball, baseball, and tennis. Bi felt pride in the jobs he held as a teen and young man. He had his own paper route for many years and was a part-time custodian at Tooele High school. During college, he worked weekends and summers at the Tooele Smelting and Refining Company, providing a lifetime of harrowing stories for his children and grandchildren. Shortly after serving a full-time mission for the Church of Jesus of Christ of Latter-day Saints in the Central States Mission, he married the love of his life and childhood sweetheart Susan Williams. Fifty years later, he and Susan served a mission together in the same area. After graduating from Brigham Young University he pursued graduate studies, receiving an MBA at the University of Pittsburgh and a PhD at the University of Texas at Austin. He and Susan raised four beloved children as he pursued his academic career at Texas A&M University, Florida State University, Texas Tech University, the University of Texas at El Paso, and Utah State University. After nearly thirty years at Utah State, including sixteen years as Dean of the College of Business, he retired in 2014. The week before Bi passed away, he was enjoying some of his favorite pastimes, including playing golf with “his guys”, and demonstrating his legendary three-point shooting prowess in basketball with the same group he played with for thirty-five years. Bi was a passionate sports fan of his alma mater, the BYU Cougars, and always looked forward to cheering them on in person. Above all else, he most enjoyed spending time with his wife, children, and grandchildren. There was nothing more important in his life. He delighted in telling the grandchildren stories about when he was a little boy, cracking jokes, and making people laugh. He and Susan lived together inseparably for nearly 56 years. They traveled to many different countries around the world, but his favorite place of all was home. He was a stalwart and committed member of the Church of Jesus Christ of Latter-Day Saints, serving faithfully in many capacities including bishop, bishop’s councilor, district presidency councilor, stake high councilor, young men’s president, and many others. He had a clear understanding and unwavering testimony of the truthfulness of the gospel of Jesus Christ. His memory will be cherished and kept alive by his eternal companion Susan; son Robert “Bob” Stephens (Teri) of Carlisle, Pennsylvania; daughter Audrey Stephens Grossman of Las Vegas, Nevada; daughter Wendy Stephens Brock (Tyler) of Justin, Texas; daughter Sally Stephens Burningham (Jeff) of Provo, Utah; fifteen grandchildren; sister Lynn Bryan (John) of Tooele, Utah; sister Alene Lancaster (Steve) of Littleton, Colorado; sister Jan Phillips (Jack) of Kaysville, Utah; brother Kim Stephens (Kim) of West Jordon, Utah. A viewing will be held from 6:30 to 8 p.m. on Wednesday, August 25th at Allen Hall Mortuary, 34 East Center Street, Logan, Utah. The funeral will be held at the Lundstrom Park Second Ward 1260 North 1600 East, Logan, Utah on Thursday, August 26th at 11 a.m. with a viewing prior from 9:30 to 10:30 a.m. Interment at the Tooele City Cemetery. To view the funeral live, click on the following link: https://us02web.zoom.us/j/83671686711?pwd=TCtJY1NUUndsLzdyR0t3aUFzMUE2dz09 Password: Stephens

David Bisel Stephens (Bi) of Logan, Utah, beloved husband, father, grandfather, brother, and friend passed away suddenly and unexpectedly of a brain infection in Salt Lake City, Utah at the University of Utah Hospital on August 21, 2021 at the... View Obituary & Service Information

The family of David Bisel Stephens (Bi) created this Life Tributes page to make it easy to share your memories.