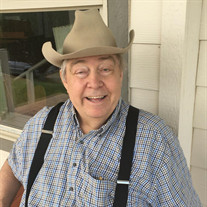 David Arnold Mabey passed away on the morning of February 25, 2022. David was born in Soda Springs, Idaho on March 10, 1946. The third of six children born to Judson Emerson and Ada Marie Mabey, he grew up in Bancroft, Idaho, spending the long winters in his family’s home in town and enjoying the warmer weather on the Lazy K Ranch, which was homesteaded by his grandfather and grandmother, Judson Adoniram and Ruby Pearl Pickett Mabey. His treasured memories of the Lazy K included exploring the draws and peaks, plowing fields and harvesting hay with his father and siblings, watching the sunset over the mountains, feeling the cool nightly breeze that swirled down through the canyon, and riding his horse, Shena, which he earned in fifth grade through good behavior (not having the school principal call home more than three times in a month). Perhaps his favorite pastime on the Ranch was laying out under a blanket of stars and thrilling at the wonder of it (“You can not imagine what the sky looked like on a clear night!”). David attended first through twelfth grades at the North Gem School in Bancroft. He participated in FFA before opting for the college-bound curriculum with emphasis on the Sciences. In addition, he participated in varsity football, wrestling, and track, including a trip to the Idaho State Wrestling Tournament. He lettered two years in wrestling. David was an alumnus of Ricks College in Rexburg, Idaho. His education was briefly put on hold for a two-year mission in Southern California for the Church of Jesus Christ of Latter-day Saints. David also served honorably for two years in the Marine Corps, where he achieved the rank of Corporal while serving in the 9th Marine Amphibious Brigade attached to the 1st Marine Division. He served his country in Vietnam during the late 1960s. Upon returning from Vietnam, David completed college at Brigham Young University in Provo, Utah, graduating with a B.S. degree in Chemistry. While at BYU, he met a beautiful California girl, Diana Cottam, whom he was “fortunate enough to persuade to marry him.” They were married in June of 1971 in the Los Angeles LDS temple. Their union was blessed with two beloved daughters, Amberley and Jendalyn. The family’s home for over 40 years was located in the suburb of Yorktown Heights, New York. David was a hard worker who served for eight years as a quality control lab supervisor at Pepsico in Purchase, New York, and then for 12 years as a business analyst at the Reader’s Digest World Headquarters in Chappaqua, New York. He also worked mining data for the Dreyfus Corporation located on Park Avenue in New York City. He was in this office when he received news of the September 11 attacks at the World Trade Towers. David had a strong testimony of his Savior, Jesus Christ, and of our Heavenly Father. He liked to think deeply about the Gospel and discuss his insights of the scriptures with others. During the hardest moments of his life, he found comfort and peace in reflecting on the tender love of Christ toward those who suffered. David was kind-hearted and frequently took a benevolent interest in those around him who were struggling. He loved his family and had an exceptionally soft spot in his heart for his eight grandchildren, of whom he expressed great pride and happiness. David is survived by his children Amberley (Adrian) Kropp and Jendalyn (Curtis) Nye; his grandchildren Judson, Emerson, Trevor, Evamarie, Schuyler, Clayton, Adalyn, and Linnea; and his siblings Polly (Max) McCammon, Peter Mabey, Clint (Laura) Mabey, and Adam (Nancy) Mabey. He is preceded in death by his wife, Diana, his parents, and his sister, Rebecca. David’s family would like to express sincere gratitude to the staff at Maple Springs and Legacy House and the many healthcare workers who cared so lovingly for him during his last years. Also, many thanks to Jane, Alice, and Richard Stuart, and the members of the LDS Yorktown, New York Ward who acted as angels and family-in-proxy while fellowshipping him, watching over and serving him, and helping him care for our ailing mother. A Celebration of Life for David, followed by interment, is scheduled to be held on Saturday, March 26, 2022. Those wishing to attend should reach out to his daughters for more details.

David Arnold Mabey passed away on the morning of February 25, 2022. David was born in Soda Springs, Idaho on March 10, 1946. The third of six children born to Judson Emerson and Ada Marie Mabey, he grew up in Bancroft, Idaho, spending the long... View Obituary & Service Information

The family of David Arnold Mabey created this Life Tributes page to make it easy to share your memories.

David Arnold Mabey passed away on the morning of February 25,...

Send flowers to the Mabey family.