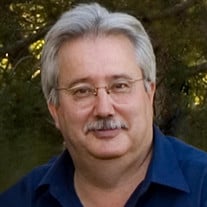 David Page Phippen, Sr passed away on September 21, 2020 due to natural causes (not COVID-19 related) at his home in Nibley, Utah. He was born December 16, 1953 in Logan, Utah to Melvin Earl Phippen and Christie Page. David was born in Logan, Utah on December 16, 1953. He grew up in Wellsville, Utah and graduated from Sky View High School in 1972. He then attended Utah State University where he received his Bachelor's Degree in Political Science and a certificate in International Relations, later he attended the London School of Economics before graduating from the J Rueben Clark School of Law at Brigham Young University School where he received his Juris Doctorate. He practiced law in Provo, Utah and Riverside, California in the ‘80s and ‘90 before returning to his beloved Cache Valley in 1998 where he resided until his passing. David proudly served in the Utah Army National Guard in 1982 and served our country for 6 years as a guardsman. After returning to Cache Valley he served in the US Air Force Auxiliary, Civil Air Patrol where he attained the rank of Lieutenant Colonel and earned the Gill Robb Wilson Award. In CAP he was a Judge Advocate and he was always happy to spend time with the young men and women of CAP. As an active member of the Church of Jesus Christ of Latter Day Saints, he served a full-time mission in the England North Mission from 1973-1975. He cherished his mission, the English people, and their way of life. He continued to fulfill many church callings throughout the years, including Bishop of a Utah State University Young Single Adults ward. At the time of his death he was serving in the Elders Quorum Presidency in the Nibley 9th Ward. For many years David was involved in the Boy Scouts of America. His honors include being a James E. West Fellow, the Order of the Arrow, Woodbage, and the Silver Beaver. Because of his love of the mountains and American history, he became involved with mountain man reenactments where he was known as "Soda Pop,” a name given to him because of his love of Pepsi. He embraced the time spent with his friends at the many mountain man rendezvous. He loved collecting books, beads, and coins. At the time of his passing, his personal library included over 3,400 volumes of books. His greatest joy were his five grandchildren, Tyler De Leon, Talon Drake, Azzure Phippen, Scarlett Phippen, and Graham Phippen. David is survived by all of his grandchildren, his former wife, Valerie Salt, and his four sons, David Jr, Patrick (m. Alexa Hopkins), Thomas (m. Jennifer Ashton) and Joseph (m. Melinda Christiansen). He is also survived by his older brothers, McKay Phippen, and Earl Phippen and his sisters, Joan Lindley, Gaylene Wright, Cora McKinney, Cathy Severe, and Julie Ball. He was preceded in death by his parents and brothers, Mel and Douglas and his sisters, Maureen, Ruth, Dona, Shirley, Claudia and Becky. Services will be held at the Wellsville Tabernacle Park Pavilion, with a viewing from 11:30am-12:30pm and funeral services starting at 1:00pm. Immediately following will be a graveside service at 2:00pm at the Logan City Cemetery. Services may be livestreamed at: https://us02web.zoom.us/j/84588007428?pwd=eUQ4RHltYXBLdGxmSnVmRFBkYzArdz09 PASSWORD: Phippen

David Page Phippen, Sr passed away on September 21, 2020 due to natural causes (not COVID-19 related) at his home in Nibley, Utah. He was born December 16, 1953 in Logan, Utah to Melvin Earl Phippen and Christie Page. David was born in Logan,... View Obituary & Service Information

The family of David Page Phippen created this Life Tributes page to make it easy to share your memories.

Send flowers to the Phippen family.