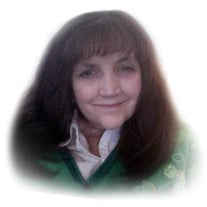 On the evening of 29 March 2020, Deborah Lee Moss Christiansen, aka "Mrs. C," slipped from this frail world into the loving arms of her Father in Heaven. Surely also waiting were her mother and dad (Paula and Donald L. Moss), Granddaddy... View Obituary & Service Information

The family of Deborah Lee Moss Christiansen created this Life Tributes page to make it easy to share your memories.

Send flowers to the Christiansen family.