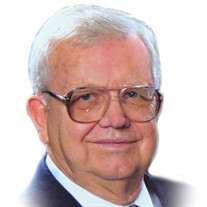 Donald “Bud” Elwell, 82, was the first son born to Donald George and Robrea “Bobbi” Belnap Elwell. He was born on April 25th, 1938 in Tremonton, Utah. He passed away on August 25th, 2020 at the Franklin County Transitional Care in Preston, ID. Don moved with his parents to their hometown of Preston Idaho at a young age. He graduated from Preston High School in 1956. During his childhood he helped his dad deliver milk. After graduation he married his childhood sweetheart Teddy Lorraine Hill, in the Logan Temple on August 3rd, 1956. They lived in Preston for a short time. He worked for Preston Lumber. They moved to Salt Lake City, Utah and he delivered furniture for ZCMI. This is where Cindy was born. They moved to Logan, Ut where Rod was born. They then lived in Smithfield and Amalga, Utah while he worked at Cache Valley Dairy. Tammy was born here. They returned to Preston where he ran the dairy and took over a route for Cream o’ Weber. They then moved to Pocatello, Idaho to work at Skaggs Drug with his Uncle Bud who he was nicknamed after, because they shared the same birthday. He loved Preston and the family returned there to work at his dream job of being a diesel mechanic at LMC/Thiokol in Logan, UT This job led him to snow grooming at Beaver Mountain in the early morning hours. He took early retirement from LMC and Don & Teddy moved to Idaho Falls. He worked in parts and sales for Intermountain Hydraulics. He retired from there in 1998. They moved to their last home in Providence, UT, to take care of Teddy’s mother and built their home there. They love the many people they made friends with over the years. He loved and had many hobbies, hunting, fishing, camping, golfing and skiing, He had two fun dogs Riley and Charlie that he would walk regularly around the blocks of Providence. He was a hat collector and wore many hats. He was a member of the Lions Club organization and took fun trips to conventions. He volunteered at the Logan Family History Center for 13 years. He devoted many hours of passion to search his and family members ancestors. He was very romantic to his wife of 64 years. He would send flowers for every occasion or while he was on work assignments. He bought her a cedar chest on her 16th birthday. He suffered from dementia for the last several years of his life. He tended to Teddy’s physical needs she suffered from two falls the last 6 years. Teddy tended to his mental issues. “They were a great team”. He is survived by his wife Teddy. His three children, Cindy (Boyd) Burbank, Preston Id. Rod (Sherry) Elwell, Reno, NV. And Tammy (Richard) Mendenhall, Preston Idaho. He is survived by 13 grandchildren and 16 great grandchildren. He is also survived by his brothers Wayne (Lois) Elwell, North Ogden Utah, David (Sharon) Elwell, Layton, Utah, and sister Jean (Mike) McBride, Syracuse, Utah. The family will hold a private graveside service at the Logan Cemetery.

The family of Donald "Bud" Max Elwell created this Life Tributes page to make it easy to share your memories.

Send flowers to the Elwell family.