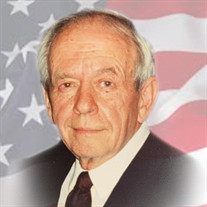 Duane was born January, 24, 1925 in La Grande, Oregon, to George A. and Erma Bean Chadwick. He was the third of four children. When he was young, the family moved to a farm near Weiser, Idaho. They had no plumbing or electricity and their farm equipment was horse-drawn. From first to eighth grade, Dad rode a horse to a one-room schoolhouse. In order to attend high school, he had to move to town, live alone, and do his own cooking. He filled his lonesome evenings by teaching himself to play the saw, the harmonica, and the guitar. In 1943, he joined the Navy and served on a submarine during World War II. After the war, he attended Utah State Agricultural College (now USU) until he served a mission in New Zealand and the Cook Islands for The Church of Jesus Christ of Latter-day Saints. He loved the Maori people and made many lifelong friends while on his mission. When dad returned to college, he married Patricia Ann Daines on March 9, 1951 in the Logan Temple. After graduating with a degree in electrical engineering, Duane and Pat moved to Seattle where he continued his education at the University of Washington and worked at Boeing until 1957. The family then returned to Logan where he joined the electrical engineering faculty at USU. He thoroughly enjoyed his teaching and research endeavors at the university. Dad had an interest in and a mind for inventing. After retirement, dad and mom returned to the Cook Islands as missionaries. They were a great team both inside and outside of the home. Dad enjoyed serving in many capacities in The Church of Jesus Christ of Latter-Day Saints and was grateful for his testimony of the gospel. He had many hobbies and passions, but his greatest joys came from the gospel and his family. He is preceded in death by his wife Patricia, and his siblings: Idon Anderson, Cleo Sessions, and David Chadwick. He is survived by his seven children: D. George (Lisa) of La Grande, Oregon, Mary (Steven) Sharp of Logan, Rebecca (Edward) Taggart of North Logan, Margaret (Glen) Barker of Soda Springs, Idaho, John D. (Kim) of North Logan, Stephen G. (Carmina) of North Logan, and Suzanne (Curt) Bingham, Hyde Park, 40 grandchildren, and 42 great-grandchildren. Funeral services will be held Saturday, November 20, at the church house at 1650 East 2650 North, North Logan, at 1 p.m. Visitations: Friday, November 19 from 6-8 p.m. at the Allen Mortuary of North Logan, 420 East 1800 North, and at the church prior to the funeral Saturday, 11:30-12:30 p.m. Services will be livestreamed and may be viewed online at www.allenmortuaries.net

Duane was born January, 24, 1925 in La Grande, Oregon, to George A. and Erma Bean Chadwick. He was the third of four children. When he was young, the family moved to a farm near Weiser, Idaho. They had no plumbing or electricity and their farm... View Obituary & Service Information

Send flowers to the Chadwick family.