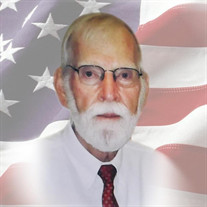 To view the funeral live, click on the following link (password: earl): https://us02web.zoom.us/j/89087604129?pwd=eENodUxzem50TXYwZTdFdi9ac0tXQT09 Earl Francis Timpke II, beloved husband, father, grandfather, brother, and friend, passed away April 4, 2021, at the age of 88, in Logan, Utah due to medical complications after a fall. Earl was born on St. Patrick’s Day, March 17, 1933, in Long Beach, California to Earl Francis and Mildred Johnson Timpke. Earl grew up in Long Beach and Downey, California. After graduating from Downey High School in 1949, he was drafted into the U.S. Army during the Korean War. After serving there, he attended the University of Southern California and earned his B.S., M.S., and PhD degrees in mechanical engineering. Earl began his career as an aerospace engineer and scientist at Garett AiResearch. He transferred to North American Rockwell and later to Hughes Aircraft. His first invention was a kidney cooler for use in surgery. His second invention was a thermo-electric urine distiller so astronauts would have water to drink in space. He worked on the rockets that sent the first men to the moon and optic lasers for missile defense. He was a professor at Cal State Long Beach and the University of Southern California where he taught engineering courses. Not one to be idle, Earl earned a degree in Criminal Justice in one semester after he retired. He also worked as a security guard at E.A. Miller, taught concealed carry permit and handgun safety classes, and was a substitute teacher for Logan and Cache County school districts. He served his community as a volunteer at the Cache Valley Public Shooting Range and as a committee member of the NRA. Earl enjoyed reading, teaching, camping, hunting, attending USC football games, reading and writing poetry, jewelry and knife making, leather work, and spending time with his family. He was a faithful member of the Church of Jesus Christ of Latter-day Saints and served diligently in all his church callings. Earl is survived by his wife Donna Townsend; his 4 children Earl, Roxanne (David), Suzanne, and Nathan from his first wife Gloria Carole Hales; one child Jeni (Nate) from his second wife Jane Heisey; three step children Mike (Catherine) Plasterer, Penny (Clayton) Linford, and Michelle Ferguson; 27 grandchildren and 45 great-grandchildren. Earl was preceded in death by his parents, Earl and Mildred, his sister Mary, and his brother Howard. The family would like to thank the staff at Logan Regional Hospital and Allen-Hall Mortuary for their wonderful care during this difficult time, and to all those who expressed kind words and acts. A private funeral service will be held on Friday, April 16, 2021, at 11:00 AM in Logan, Utah. Due to Covid, the funeral will be limited to family members. The service will be livestreamed for all others who wish to attend virtually. Interment will be at Logan Cemetery.

The family of Earl Francis Timpke II created this Life Tributes page to make it easy to share your memories.

Send flowers to the Timpke family.