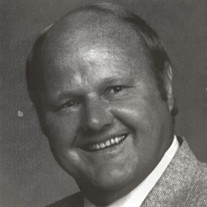 Edward Henry Banham, our loving husband, father, grandfather, brother,uncle and friend passed away at home on 23 Jan. 2022. Ed was taken from us after a long valiant battle against cancer. We all will cherish his memory and great life. His passing leaves a void and he is missed. Ed was born on 17 Sept. 1944 in Salt Lake City to Henry and Erma Banham. His childhood was spent in Salt Lake City with his siblings Karen, Ron, Sharon and Cindy. Ed often shared childhood memories of adventures in the Salt Lake City and Sugarhouse area. Influential people in his young life were his parents, Grandpa Leroy Young and Grandma Ivie as well as his paternal grandparents, Arthur and Mary Ann Banham who immigrated from England. Many family gatherings taught him to value his heritage. He had a mischievous nature, loved good, clean fun and still insists it wasn’t him who lit the elementary school playground on fire or crawled into the local prison yard or crashed a train into a lumber yard. At age fifteen Ed’s parents moved to Holladay where he met many lifelong friends. Ed has told and retold stories of happy adventures with these friends. While living in Holladay, Ed met the love of his life Wanda Tolman. Sixteen year old Ed noticed Wanda delivering newspapers on her bicycle and knew he was going to marry her. Ed had to work hard to earn her attention by bribing his way into her life by bringing candy and offering scooter rides for her siblings, Debby, Mitch, Tom, Becky, Nate, Annie, Zoe and Mauriella. Ed loved to spend time with Wanda and her large family. Ed served a mission for The Church of Jesus Christ of Latter-day Saints in the East Central States Mission (Kentucky) from 1963 – 1965. Ed cherished his mission experience and was a devoted disciple of Jesus often expressing his gratitude, love and commitment to gospel principles. Ed demonstrated his love of gospel principles through a life of service as a father, Boy Scout leader, Bishopric counselor and teacher. He was true to what he believed and didn’t hesitate making his opinion known. Ed and Wanda were married in the Salt Lake City temple on 24 June 1966. They spent their honeymoon in Yellowstone National Park. Ed and Wanda both wanted a large family. They had 9 children and wanted 12. Each child was their favorite. Their dedication, unity and selfless service in raising children is one of their outstanding achievements; how did they do it? As parents they are among the best. Ed enlisted in the Army during the Vietnam War and was released as a Specialist 4 in Feb. 1972. Ed was a patriot and believed that being a United States citizen was a gift and the establishment of our country a miracle. He was even born on Constitution day. Ed attended Granite High School, BYU and U of U. He worked with his father as an auto mechanic. He also worked at Perma Pak and later Bennett’s Paint as a salesman. In the early 70’s he bought a book called Modern Carpentry. Chapter by chapter he read along as he built his first house. With the help of a mentoring contractor, the structure became a lovely home and is still a strong home today. He enjoyed the construction trade so much that he continued building homes for the remainder of his career. Ed built more than 130 homes in the Cache Valley/Northern Utah area. Ed was president of the Northern Utah Homebuilders Association in 1992. The Banham children were taught the construction trade and many other youth and men were mentored on the Ed Banham construction crews. Ed valued his relationship with each homeowner and took pride in building quality homes for them. Quality was as important as profit. Ed was a selfless man that cared for his family as much as his neighbors. Ed could start a conversation with any stranger and easily become lifelong friends. He welcomed visitors to his home with treats, buttery popcorn, funny videos and humorous stories. For pleasure, Ed spent many mornings with the breakfast club at the Hyrum Gas Station. This group of friends were a source of companionship and friendship as they shared humorous stories and tall tales of younger days. Many social issues were resolved as the discord in our world was discussed. He also enjoyed chicken strips and potato wedges with more friends in Smithfield as he found peace and distraction from his illness driving through the farmlands in northern Cache Valley. Ed will be remembered as a devoted husband, dedicated father, funny grandpa, caring brother, supportive uncle and an honest businessman who loved people and life more than possessions. The family would like to express thanks to Intermountain Homecare & Hospice and the skilled team of compassionate professionals that have provided care for Ed these past few months. Thank you, Natalya. Ed is preceded in death by his parents, brother Ron, sister Sharon and daughter Krecia. Ed is survived by his wife Wanda, 8 children: Brandon (Jill), Katie (Barry), Buckley (Dixie), Balend (Gina), Britton (Michelle), Ben, Berrett (Melissa), Brody (Sara), 31 grandchildren and 6 great grandchildren. A visitation will be held on Saturday 29 Jan. 2022 at 10:00 – 11:45am at the Church of Jesus Christ of Latter-day Saints Nibley Stake Center at 3701 South 450 West. Masks are encouraged. Funeral services will be held on 29 Jan. 2022 at 12:00pm at the Church of Jesus Christ of Latter-day Saints Nibley Stake Center at 3701 South 450 West. Masks are encouraged. Condolences can be expressed online at www.allenmortuaries.com. Services may be livestreamed via the following link: https://us02web.zoom.us/j/85280687813?pwd=SFUrY3ZOUGlxcEVrNjBXcWFmbEZJZz09 Password: Banham

Edward Henry Banham, our loving husband, father, grandfather, brother,uncle and friend passed away at home on 23 Jan. 2022. Ed was taken from us after a long valiant battle against cancer. We all will cherish his memory and great life. His passing... View Obituary & Service Information

Send flowers to the Banham family.