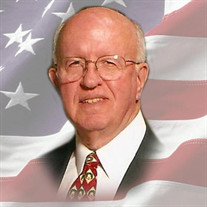 Elbert Grant Rees, 84, of Logan, UT, passed away January 24, 2021. Grant was born December 20, 1936, in Salt Lake City, UT, to Elbert Pearce Rees and Laura Virginia Richards. He grew up in Reno, NV. Upon graduating from Reno High School in 1955, he attended the U.S. Naval Academy at Annapolis, Maryland. After graduating in 1959, he was assigned to the USS Preston (DD-795) in Long Beach, CA. Grant met Shirley Lenore Jones at a church dance in Long Beach, and they were married in the Salt Lake City LDS Temple on December 16, 1960. He furthered his education with a MSEE degree from the Naval Postgraduate School in Monterey, CA in 1966, and a MBA degree from the American University in Washington, DC in 1978. Upon retiring from the Navy in 1979, his family moved to Idaho Falls, ID where he worked several years as an engineer for Argonne National Lab. He was a licensed engineer in Maryland and Idaho. In 2009 he and his wife moved to Logan, Utah. He was a member of The Church of Jesus Christ of Latter-day Saints. He served in many capacities, including cub master, scoutmaster, clerk, high priest group leader, counselor in two bishoprics, organist, music chairman, and employment specialist. He served with his wife Shirley as missionaries at the Idaho Falls Family History Center and the Idaho Falls Temple Visitor’s Center. They also served at the Logan Regional Family History Center and were tour guides one summer at the Logan Tabernacle. In recent years he became concerned with the way our government is functioning and wrote a book in 2011, “Can We? Comments and Recommendations for Preserving Our Nation”. Upon death of this wife, he wrote another book, “A Senior’s Experiences and Observations – Moving, Health, Caregiving & Conflicts”. Grant is survived by his sons and Kevin (Darcy) Rees of Providence, UT, Steven (Lori) Rees of Mesa, AZ, brothers Richard (Arlene) Rees of Charlotte, NC, and W. Dale (Marian) Rees, of Sandy, UT and two grandchildren, Connor Rees and Ellen Rees, and one great grandchild, Maxton Rees. He was preceded in death by his wife and his parents. Funeral services will be held at 11am on Saturday, January 30th, at Nelson Funeral Home, 162 E 400 N, Logan. A viewing will be held from 10:00am to 10:45am. Services will be livestreamed through zoom: https://us02web.zoom.us/j/85435648616?pwd=dFJ6VFFpclJ6NzBNNWFDY1VVM1F6Zz09 Password: Rees

Send flowers to the Rees family.