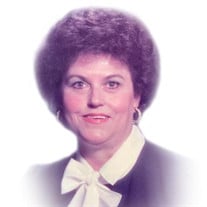 LOGAN, UTAH: Barbara Faye Rash Allen, 87, of Providence, passed away on Friday, February 18, 2022 in North Logan. She was born on May 12, 1934 in Smithfield, Utah; a daughter of Stanley and Delora Follett Rash. She was the second daughter of three and enjoyed spending time with sisters Donna Dee and Goldene. She was raised in Hyde Park and loved all her memories of living in a small town with her dear friends. She graduated from North Cache High School and then moved to Logan where she worked in the Logan LDS Hospital as an X-ray technician. In 1954 she met James Ron Allen, a poor farm boy from Cove, on a blind date. The two fell in love and married on June 10, 1955 in the Logan Utah Temple. They then moved to San Francisco where Jim attended The San Francisco School of Mortuary Science and Faye worked as a teller to help put them through college. After graduation, they moved to Salt Lake City where Jim worked at Larkin Mortuary and later they purchased their first home in Bountiful on Center Street. There they met and made many lifelong friendships. Faye loved her three boys (Jeff, Jason, Jodi) and enjoyed taking them on family vacations to Moab, California, Tony Gove and Yellowstone. The grandchildren have many fond memories with grandma and grandpa at Bear Lake in the summertime. In 1975 they sold their home and the family moved to Logan where Faye and Jim purchased Hall Mortuary. Faye became an integral part of the business at that time. They later added the Allen name and it became known as Allen-Hall Mortuary. She was a member of the Church of Jesus Christ of Latter-day Saints and enjoyed her callings and service in the Primary and Young Women’s organizations in the Bountiful 9th Ward and Logan 11th Ward. She loved spending time with her grandchildren down at the ranch house in Providence with the pond and white fence. Faye had an immaculate home until the grandchildren showed up to play. She was famous for her hot homemade rolls and fresh peach pie. Everyone loved her smile and laugh when they came to visit. She is survived by her three sons and two daughters-in-law, J. Jeffery (Lynda Christensen), Jason R. (Lisa Bowen), and Jodi S.; her sister, Goldene (Robert) Petersen; three sisters-in-law, NaDean A. Buttars, Mary Lou Allen and Ruth A. Robertson; ten grandchildren, Justin, Mindy, Brett, Brady, Chelsea, Whitney, Jase, Drew, Alex, Austin and 23 great grandchildren. She was preceded in death by her parents; her husband, James R. Allen (2009); sister, Donna Dee (Dale) Chambers; grandson, Jared Don Allen and great grandson, James Neeley. To celebrate her life a funeral service will be held on Saturday, February 26, 2022 at 12:00 pm at Allen-Hall Mortuary in Logan. There will be a visitation for friends and family from 10:30 - 11:30 am. Interment will be in the Logan City Cemetery. A special thank you to those individuals who helped care for Faye with compassion and love and to those who stopped by for a visit. Thank You. “What we have once enjoyed we can never lose. All that we love deeply becomes a part of us” Condolences and memories may be shared online and a video presentation of her life seen at www.allenmortuaries.com. Services will be live streamed and can be viewed via the below link: To view the recorded video of the funeral services, click here

LOGAN, UTAH: Barbara Faye Rash Allen, 87, of Providence, passed away on Friday, February 18, 2022 in North Logan. She was born on May 12, 1934 in Smithfield, Utah; a daughter of Stanley and Delora Follett Rash. She was the second daughter... View Obituary & Service Information

Send flowers to the Allen family.