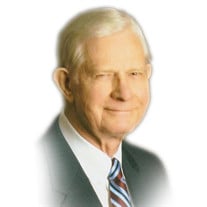 Services will be livestreamed and may be viewed via the following link: https://us02web.zoom.us/j/85248310057?pwd=c21nSHRuYXlxdHl2Mmp0Ri8vY1YvZz09 Floyd G. Jensen, husband, father and grandfather passed away peacefully the afternoon of September 7, 2020 at Maple Springs Assisted Living in North Logan, Utah. Floyd was born December 13, 1933 in Axtell, Utah to Alonzo and Rhoda May Larsen Jensen. He was the seventh child. He had four older sisters and two older brothers. He grew up in Axtell and attended school in Centerfield and Gunnison, Utah. He graduated from Gunnison High School in 1952. Floyd then enrolled in Stevens-Henager College and attended one year before enlisting in the Army. He served in the Army from 1955 until 1957, with most of his service being at Fort Lewis Washington. After serving in the army, Floyd attended Snow College in Ephraim, Utah graduating in 1959. He then attended Utah State University graduating with a BS Degree in Education in June, 1961. He also received his Master’s Degree in Education Administration in June, 1965. Floyd taught school at Bear River Junior High (later Bear River Middle School) from the fall of 1961 until the spring of 1987. He retired after 26 years of teaching, to give more time to his business, H&R Block which he was involved in since the spring of 1966. Floyd enjoyed both of his careers. When he first started doing taxes they were done by hand and through the years he saw it transition to computers and electronic filing, both of which were pioneered by H&R Block. Floyd met Julia Ann Webb at a dance at USU. They were married in the Logan, Utah temple of the Church of Jesus Christ of Latter-Day Saints, on November 26, 1963. They are the parents of six children, which they raised in Logan, Utah. Floyd loved to garden and work in the yard. He will be remembered for his beautiful lawn, flowers and his productive garden, especially his tomatoes which he generously shared with friends and neighbors. Floyd was a member of the Church of Jesus Christ of Latter-Day Saints and served in many callings during his life, including Bishopric, High Council and in the temple. He and Julia served a mission in the England, Leeds mission as office workers. Floyd is survived by his wife, Julia of 56 years. His children, Annette (Bill) Rodriguez, Anaheim Hills, California; Gerald Floyd, Ho Chi Minh City, Vietnam; Blair Glen (Heather) Wilsonville, Oregon; Jeffery Lynn, Shawn Bradley (Michelle) and Mary Kay (Andy) Hurst all of Logan, Utah. He is also survived by 11 grandchildren a sister-in-law, Lila Webb, Santa Clarita, California and many nieces and nephews. He was preceded in death by his parents, his siblings and their spouses. Funeral services are scheduled for Saturday, September 12, 2020 at 11:00 am at the Eastridge Ward Chapel with a viewing scheduled Friday night from 6:00-8:00 pm at the Allen-Hall Mortuary, 35 E. Center St, Logan Utah and Saturday morning from 9:30-10:30 am at the Eastridge Ward Church House 1350 Eastridge Drive, Logan Utah. Due to COVID-19 funeral services will be limited to family and invited guests. Viewings are open to all interested. Burial services will be at the Logan City Cemetery.

Services will be livestreamed and may be viewed via the following link: https://us02web.zoom.us/j/85248310057?pwd=c21nSHRuYXlxdHl2Mmp0Ri8vY1YvZz09 Floyd G. Jensen, husband, father and grandfather passed away peacefully the afternoon of September... View Obituary & Service Information

The family of Floyd G. Jensen created this Life Tributes page to make it easy to share your memories.

Services will be livestreamed and may be viewed via the following...