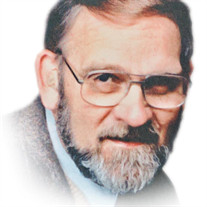 Frederik (Fred) Johannes Riebeek Fred Riebeek was born on April 24, 1929 in Wateringen, Netherlands. His father was Gerardus Tames Riebeek and mother was Pieterje t’Hart. He died Nov. 10, 2020 at his home in Richmond Utah. He is survived by his wife Neeltje (Neli) Baak Riebeek, seven children, 19 grandchildren, and 22 great grandchildren. He is to be interred in the Richmond City Cemetery in Richmond Utah on Nov. 14 2020. Fred’s teenage years were spent during the German occupation of the Netherlands. In order to control the country during this period, the Germans divided the Netherlands into small districts and prevented communications between these districts. In order to pass information across these boundaries, the underground used couriers to carry messages. Since a boy on a bicycles was not suspected, Fred carried messages on his bicycle into a neighboring district, passing them on. He was a Sea Scout, a branch of the Boy Scouts. He and friends would borrow a small boat and sail on the river close to his home. He also played on a water polo team. As members of the Church of Jesus Christ of Latter Day Saints, Geradus, Pieterje, and their family immigrated to the United States in 1947 so they could be sealed in the Salt Lake City Temple since there was no temple in Europe at the time. Fred met Neli in the United States. Neli’s family had also immigrated to attend the temple. Fred was married to Neeltje Baak on Nov. 2, 1950 in the Salt lake City Temple. Together they raised seven children. Their children and their spouses are: Gerardus and Janette Riebeek Michael and Aneda Riebeek Carolyn and Kim Hanson Bryan and Margarat Riebeek Sandra and Perry, deceased, Spackman Patricia and Michael Ivie Ronald and Nancy Riebeek As his education was interrupted by the German occupation, Fred worked at learning as much as he could both at work and at home, reading widely in his free time. He continued reading and learning until his death. He graduated with an associates degree by taking night classes while working full time and raising a family. He held jobs as: a Salt Lake City Bus Driver, Delivery Truck Driver, Electrician for Union Pacific Railroad, Electrical Technician at Hill Air Force Base, and an Electronics Technician at research laboratories at the University of Utah, and finally, as a Senior Technician at Utah State University. At Utah State University he was part of a team that built rocket payloads intended to support studies of the earth’s upper atmosphere. He supported the launch of these payloads at Churchill Canada and Fairbanks Alaska. Later he was part a team that built Space Shuttle payloads also intended to study the upper atmosphere. Fred was prolific reader of non-fiction over a very wide range of topics. He left over 2000 books in his library. Before his hearing declined he was a classical music enthusiast collecting over 250 CD’s and an equal number of vinyl recordings. To house his family, Fred built 2 houses, the first in Alpine Utah and the second in Richmond Utah. He did most of the carpentry, roofing, plumbing, and electrical work helped by his father and older sons. He continued working with wood for most of his life. Like his father Gerardus Riebeek, Fred did a lot of geneological work for the Church of Jesus Christ of Latter Day Saints Family History Center. He learned to use the software tools they used and became a church wide consultant for those having problems with the system. Further, he and Neli served a genealogical mission photographing records in small Vermont communities. Fred was an avid bee keeper. Like everything else that interested him, he studied bees and their diseases. He worked with the Utah State University Extension service on treating his diseased hives. Family meant a lot to him. He supported his family with family activities like camping and swimming especially when his family was young.

Frederik (Fred) Johannes Riebeek Fred Riebeek was born on April 24, 1929 in Wateringen, Netherlands. His father was Gerardus Tames Riebeek and mother was Pieterje t&#8217;Hart. He died Nov. 10, 2020 at his home in Richmond Utah. He is survived... View Obituary & Service Information

The family of Fred Riebeek created this Life Tributes page to make it easy to share your memories.

Fred Riebeek was born on April...

Send flowers to the Riebeek family.