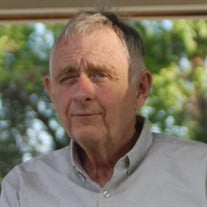 Gordon Lynn Chase, aka Santa Claus, 68, of Richmond passed peacefully from this Earth August 10, 2021 and embraced the arms of many loved ones who departed before him. Born October 10, 1952 in Pocatello, Idaho to Nephi & Zula Ward Chase, he lived in Inkom until he was 3, at which time their family moved to Dayton. He attended Ricks College for 6 months until his family moved to Smithfield, Utah. Afterwards, he served a mission for the Church of Jesus Christ of Latter-Day Saints in the California South Mission. Gordon married Vicky Elwood in 1974 and together they had a son, Brian. They later divorced in 1987. He married RaNaun Findlay in 1993 and their family’s combined as she brought her children: Wayne, Sholly, and Tracina, whom Gordon loved as his own. The couple added 3 of their own: Clarissa, Tyler & Marquesas, to make their family complete. Gordon was a man who truly loved God and served others with all his heart. He lived a simple life and worked hard. His favorite thing to do was represent Santa and did this for 44 years at the Mall, work parties, social events, and individual families, spreading Christmas joy all around. Gordon grew up working on a farm and loved working on many farms, including his own, until late last year. He worked for over 30 years at the USU Physical Plant, as well many other part-time jobs to provide for the needs of his family. Gordon also had a great love of music and was in the School Band/ School Chorus of America in High school. You could always catch him humming or singing church songs as he worked. He is survived by His beautiful wife RaNaun; His children Brian (Robin), Olathe, KS; Wayne (Stephanie) Findlay,Tooele; Sholly (Steve) Jorgensen, Richmond; Tracina (Adam) Penrose, Lynchburg, VA; Clarissa (John) Logan; Tyler, Hyde Park; Marquesas (Ansen) Hoyt, Richmond; and 19 Grandkids. Sisters: Ida (Jay) Jorgensen & Lucille (Lee) Clark; Sister in law: Stella (Milford) Chase; and Many Brother’s and Sister in Laws. He was preceded in death by His parents, Nephi & Zula Chase; Brothers: Milford and Thomas Ray Chase; Brother in laws: Lee Clark & Bruce Moss; Father & Mother in-law: Douglas & Arlie Findlay Although he’s in a better place, our minds and eyes have been flooded with Gordon memories. From his humor to his singing talents and storytelling which generally had a spiritual message. Till we meet again! Services will be as follows: Viewings will be at the Richmond LDS Stake Center, 135 W Main Street, from 6-8 pm Sunday August 15th and from 10-11am Monday August 16. Funeral services will be at the Richmond LDS Stake Center at 11 am Monday. Interment will be at the Smithfield Cemetery. To watch funeral services LIVE: https://zoom.us/w/92917823502?tk=ADQo7au4cqb74vhQmRrzDcc06zRNFG_z3PeuLJ6dF3Y.DQIAAAAVolV4DhZPeUwycUtneVNmU1pic0lRWXl5blpRAAAAAAAAAAAAAAAAAAAAAAAAAAAA&pwd=QkpQY0NMaDNQdXhCYWJoQWFEejFoQT09

Gordon Lynn Chase, aka Santa Claus, 68, of Richmond passed peacefully from this Earth August 10, 2021 and embraced the arms of many loved ones who departed before him. Born October 10, 1952 in Pocatello, Idaho to Nephi & Zula Ward Chase, he... View Obituary & Service Information

Send flowers to the Chase family.