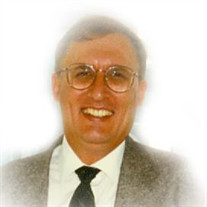 Jack Kendall Cameron, age 73, passed away at home after a valiant battle with cancer on Sunday, February 2, 2020, in North Logan, Utah. His eternal sweetheart, Gail Speed Cameron was at his side. Jack was born on September 18, 1946, in Pocatello, Idaho, to Dean and Mildred Atkinson Cameron. His childhood days were filled with all that a loving and supportive family can provide. Jack attended Burley High School where he excelled in academics and golf, attended Boys State, and was the Student Body President. He graduated in 1964, and continued his education with a scholarship to the University ofIdaho, majoring in architecture. Jack joined the US Navy in 1968. He served on the destroyer USS Truxton as a communication yeoman, Class A. He was honorably discharged in 1973. After returning home, Jack served a 2 year mission for the Church of Jesus Christ of Latter-day Saints in the Colorado Denver Mission, which also included areas of Utah and Kansas. He then completed his college education at BYU, receiving a BA in Fine Art. It was at BYU that he met and married his favorite girl, Gail Ann Speed, from Beaumont, Texas. They were married on February 11, 1976, in the Salt Lake Temple. After their BYU days, they moved to Boise, Idaho, to work in insurance. This is where their beautiful baby boy, Michael Douglas, was born February 23, 1985. Soon after, Jack and Gail and Michael moved to Beaumont, Texas, where Jack was introduced to and employed in the flooring industry. While in Texas,he also was involved in a marketing project to promote tourism in Louisiana. In 1990, the family moved to Lehi, Utah, where he continued to work in the flooring business until he retired. Jack used his talents and skills in each occupation he pursued. His people skills and his hard work ethic contributed to his success as well. He was endeared to all because of his selfless, unassuming, nurturing nature. He was genuinely interested in everyone he encountered. Jack was grateful for his membership in the Church of Jesus Christ of Latter-day Saints, and served faithfully throughout his life. He especially cherished serving as a full-time Senior Missionary with his eternal companion, Gail, in Lehi, Utah. Jack was a devoted husband, father, and grandfather. Jack was an artist and enjoyed the arts, gardening, cooking (and eating:), and fishing ... especially with the Fab Five. He loved serving others. Jack enjoyed each season of his life. He was at peace, and excited to pass through the veil into the spirit world to be with his loved ones there, and to continue learning and serving. He will be remembered by his nieces and nephews as the "kindest, most humble, loving, and hilarious uncle ever." Jack is survived by his wife, Gail of North Logan, son, Michael (Laura) of Lehi and his precious grandchildren Kaelynn, George, and Jack. Also his sisters Jeanne Bird (Lyle) of Brigham City, Misty Danley (Scott) of Wellsville; numerous nephews and nieces and cousins; sisters -in-law Janet Cameron (Rupert, Idaho) and Gail Cameron (Sagle, Idaho). Preceded in death by his parents Dean and Mildred Cameron, and brothers Kenneth and David Cameron Funeral services will be held Saturday, February 8, 2020, in the North Logan 1st Ward building, located at 1105 East 2100 North in North Logan, Utah. Services will be conducted by Bishop Greg Bagley. Viewing will be from 11 :30 am to 12:30 pm, with the funeral following at 1 :00. Interment will be in the Logan City Cemetery. Services are under the direction of Allen Mortuary in North Logan. The family suggests, in lieu of flowers, donations may be made to Primary Children's Hospital. We would like to extend a special thanks to Gabby and the wonderful nurses in Intermountain Hospice, Bishop Greg Bagley, the North Logan 15t Ward Relief Society, and our local Allen Mortuary for their attentive service to our family during this time.

Jack Kendall Cameron, age 73, passed away at home after a valiant battle with cancer on Sunday, February 2, 2020, in North Logan, Utah. His eternal sweetheart, Gail Speed Cameron was at his side. Jack was born on September 18, 1946, in Pocatello,... View Obituary & Service Information

The family of Jack Kendall Cameron created this Life Tributes page to make it easy to share your memories.

Jack Kendall Cameron, age 73, passed away at home after a valiant...

Send flowers to the Cameron family.