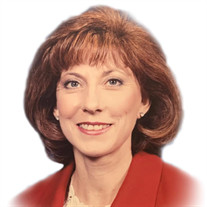 Janice Wright Bradshaw passed away on Wednesday July 28th due to injuries sustained in a car accident. Janice was born August 11, 1951 at 9:54 pm to Glenn J. Wright and Bonnie Jean Wright in Ogden, Utah. Her childhood years were spent growing up in Washington Terrace with two brothers and a sister, Kelly, Ruth Ann and Curtis. There were many good trips to her Uncle’s farm near Soda Springs, Idaho and to the family home in Bloomington, Idaho. Camping trips with the family to the mountains of Utah were often recalled. Janice attended school in the Ogden area and graduated from Bonneville High School in 1969. She later attended Weber State College and graduated as a Medical Laboratory Technician in 1978. She started her career working for Veterinary Reference Laboratory in the Salt Lake area and bought her first house in Kearns, Utah. Her house was a big accomplishment for her at the time. She later moved to Logan, Utah and worked for Logan Regional Hospital for over 35 years until her retirement. On April 19, 1980 Janice married Gary Dana Bradshaw. They met on a blind date set up by her sister Ruth Ann who was attending Utah State University at the time and dating Gary’s roommate. They were a good match and had many wonderful years together. The couple started out living in apartments in Logan, but eventually settled in Wellsville, Utah, building their home. Janice enjoyed boating, horseback riding, camping, traveling, working with stained glass, Jeeping trips, and later astronomy. She especially enjoyed her animals. Many cats, horses and dogs received her attention over the years. Janice was a member of the LDS Church and really enjoyed visiting teaching with the ladies. She is survived by her husband Gary of 41 years, her mother Jean, Sister Ruth Ann, and Brothers Kelly and Curtis. Her father Glenn preceded her in death. She is also survived by many cousins, nieces, and nephews. Funeral services will be held at Allen Hall Mortuary in Logan at 34 East Center Street on Tuesday August 3rd starting at 10:30 with a reception for family and friends. The service will start at 11:30am. Janice will then be buried at the Wellsville Cemetery. Services will be livestreamed and may be viewed via the following link: https://us02web.zoom.us/j/81350115767?pwd=MXlIbVNLYmgxNXpQb1hMSktWU05JUT09 Password: Janice

Janice Wright Bradshaw passed away on Wednesday July 28th due...

Send flowers to the Bradshaw family.