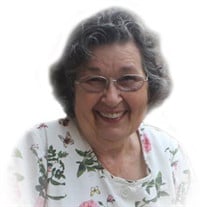 Born on December 17, 1940, in Colma, California to Dewey Chadwick and Jennie Verner White, Cheryl was the oldest of three children. She loved music and dancing, spending time with her family, and helping her parents. She grew up in the San Francisco Bay Area. After graduating from Pleasant Hill High School she moved to Provo, Utah to attend Brigham Young University and met Lynn Teuscher, whom she married on September 3, 1964, in the Los Angeles Temple of The Church of Jesus Christ of Latter-day Saints. They lived in Berkeley, Albany and San Diego, California, before settling in Encinitas, California in 1974. In 2000, they moved to Olivenhain where she lived for the rest of her life. Cheryl was known for her organizational skills which came in handy not only to corral her eight children but also in her civic and religious responsibilities. She started in Scouting as a den mother when her oldest son turned eight. She remained involved for the next 47 years, serving numerous years as Troop Committee Chair and five years as District Eagle Board Chair. In 2014, she received the Silver Beaver Award from the San Diego Imperial Council of Boy Scouts of America in recognition of her outstanding service. She was passionate about helping young men become Eagle Scouts and encouraged dozens to finish, including five sons and 10 grandsons. Neighbors and friends loved her for organizing regular bulk chocolate and berry orders. She was a beloved member of her church community, serving in many leadership roles in The Church of Jesus Christ of Latter-day Saints, including Ward Relief Society President, Ward Primary President and Stake Primary President. She spent the last 11 years serving in the San Diego Temple. Cheryl loved to cook and prepare delicious meals for her family. She was always eager to make homemade ice cream and Black Hawk hot fudge sauce to accompany it. She was known for her humor and positive outlook on life. She was selfless with her time and devoted to her children and grandchildren. Her family will miss her dearly. Cheryl is survived by her husband, Lynn, her eight children – Kevin (Penny), Craig (Gayle), Dawn, Nathan (Karen), Brian (Stephanie), Jamie (Heather), Eric (Emily), and Laurel – and 24 grandchildren, and her brother, Kenneth (Cynthia) White. She was preceded in death by her mother, father, brother and one grandchild.

Born on December 17, 1940, in Colma, California to Dewey Chadwick and Jennie Verner White, Cheryl was the oldest of three children. She loved music and dancing, spending time with her family, and helping her parents. She grew up in the San Francisco... View Obituary & Service Information

The family of Jeanne Cheryl White Teuscher created this Life Tributes page to make it easy to share your memories.

Send flowers to the Teuscher family.