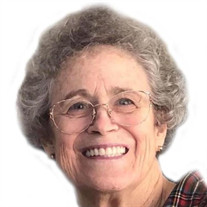 Jenny Susan Peapealalo, 72, of Riverdale, UT, passed away suddenly on Saturday, June 20, 2020. Jenny was born November 22, 1947 and raised as the only child of Zelda “Toni” Seamons and Raymond Gustaf Bloomquist in Lynwood, California. In November of 1965, she married Michael Lee Buckels, and they had five children, Lorie Buckels (Alan) Humpherys; Wendy Buckels (Rodney) Brown; Brenda Buckels (Kevin) Jepperson; and twins Michael Lee Buckels, Jr. (Rick) and Michelle Buckels (Jason) Tuttle. After working their way up the coast, Mike and Jenny settled in Santa Ynez, CA, before divorcing in 1980. While living there, Jenny worked at The Valley Steak House and then the Danish Inn, where she loved meeting celebrities (frequently getting their autograph). Music was a huge part of Jenny’s life. Neil Diamond was a constant while her children were growing up, as were the Top 40 Hits. In 1981, Jenny married John Buel Moore. In 1982, they were sealed to Jenny’s children in the Los Angeles Temple of the Church of Jesus Christ of Latter-Day Saints. They moved the family to Santa Maria, where they ran a copy shop together, before moving to Logan, Utah in 1993. There, they worked together at Laidlaw Bus until June 1997, and then Jenny went to work at Pepperidge Farm. Jay passed away in 2001, and in July 2004, Jenny returned to Santa Maria and married Makuisa Peapealalo, who passed away in January 2016. In October 2017, Jenny moved to Riverdale to be near her children. Jenny is survived by her children and grandchildren — Bryan & Emily Humpherys, Caden & Isabella Humpherys, Ashley Humpherys (Lorie); Andrew Brown, Jacquelyn Brown (Wendy); Jordan Jepperson, Whitlee Jepperson (Brenda); Gavin Buckels (Mike); Tobias Tuttle, Thomas Tuttle (Michelle). She was preceded in death by her parents and Brenda’s daughter, Jaymee. Due to current world circumstances, there will be a small gathering at Allen-Hall Mortuary, 34 East Center in Logan, followed by interment at the Logan City Cemetery, where she will be laid to rest next to her beloved Jay. Jenny had many friends, and her family lovingly says that flowers need not be sent.

Jenny Susan Peapealalo, 72, of Riverdale, UT, passed away suddenly on Saturday, June 20, 2020. Jenny was born November 22, 1947 and raised as the only child of Zelda &#8220;Toni&#8221; Seamons and Raymond Gustaf Bloomquist in Lynwood, California. In... View Obituary & Service Information

The family of Jenny Susan Peapealalo created this Life Tributes page to make it easy to share your memories.

Send flowers to the Peapealalo family.