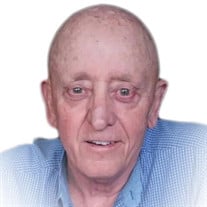 Jerry Lamont Busenbark was born December 6, 1948 in Brigham City, Utah. His parents were Dee Lewis Busenbark and Dona Elizabeth Bowden Busenbark. He graduated from Box Elder High school in 1967 and received a Bachelor’s Degree from the University of the State of New York. Jerry served ten years in the U.S. Army spending time in Vietnam, Korea, Germany, Alabama and Montana. He then served twenty years in the Utah National Guard. He retired as a Lt. Colonel. Jerry spent 20 years working at Thiokol/ATK as the Plant Manager of Clearfield Space Operations and 15 years working for Parsons as a Quality Project Manager in Ukraine/Abu Dhabi. Jerry married the love of his life, Mary Jane Hugie, on October 6, 1967. Later, they were sealed for time and all eternity in the Logan Temple of the Church of Jesus Christ of Latter-Day Saints on April 7, 1969. Together they had five children. Jerry and Mary served two missions for the Church of Jesus Christ of Latter-Day Saints in Siberia, Russia and Honolulu, Hawaii. Anyone who knew Jerry knew his love of sports especially when it came to Brigham Young University. It didn’t matter what sport, as long as it was a BYU team. Jerry was also an avid traveler. Jerry fought cancer for several years, which ended up taking him on August 1, 2021. He is preceded in death by his parents, his father and mother-in-law, sister DeeAnn, brothers Larry and Dee Lewis Jr., and grandson Tyson Busenbark. He is survived by his wife, Mary, his children Bud (Donna) Busenbark, Lisa (Matt) Powell, Kimberly (Adam) Hofmann, Ryan (Suzanne) Busenbark, and Amanda (Benjamin) Bywater, his brother Michael (Joanne) Busenbark, Paul Busenbark, and sisters Linda Cannon, Debbie Nelson, 26 grandchildren, and five great-grandchildren with an additional one coming soon. A special thanks to Gossner Cancer Center and Intermountain Hospice team members Natalya and Rebecka. In lieu of flowers, donations can be made to the missionary fund for the Church of Jesus Christ Latter-Day Saints. Funeral services will be on Saturday, August 7th at 12 p.m. at the Canyon Ridge Ward LDS Chapel (1650 E 2600 N in North Logan). A viewing will be held on Friday from 6-8 p.m. at Allen-Hall Mortuary (34 E Center in Logan) and from 10:30-11:30 a.m. prior to the funeral at the church. Interment will be in the Hyrum City Cemetery where military honors will be performed. Services are under the arrangements of Allen-Hall Mortuary. Memories and thoughts may be shared with the family online at www.allenmortuaries.net. Services will be livestreamed and may be viewed via the following link: https://zoom.us/j/95582743482

Jerry Lamont Busenbark was born December 6, 1948 in Brigham City, Utah. His parents were Dee Lewis Busenbark and Dona Elizabeth Bowden Busenbark. He graduated from Box Elder High school in 1967 and received a Bachelor&#8217;s Degree from the... View Obituary & Service Information

Send flowers to the Busenbark family.