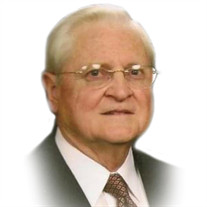 Joe Wade (Papa) Jackson, 82, of Providence Utah, succumbed to his battle with Alzheimer’s on October 20, 2020. He was preceded in death by his lifelong sweetheart, Sylvia Gail, in January of 2020. Joe was born on April 2, 1938 in Fayetteville, NC to Fonnie B and Pheora Jackson. He was the youngest of 10 children. Joe was also preceded in death by both parents, son Steven Ward and all of his siblings. He is survived by his 6 children: Michael Wade (Rosa); Joni Graham (Sam - deceased), Mark Ellis (Amy); Janet Farnham (John); Karen Dicocco (Todd Pruitt); Cindy Johnson; Grand-Children: Steven (Diane), Christopher (Jenny), Joseph (McKell), Tyler (Nicole), Tory (Heather), Tessa (Robbie), Sam (Karley), Brian (Anna), Gabriel (Jenna), Randi (Brenden), Chelsea (Matt), Chandler (Marina), Chayna, Ande, McCarthy, Kylie, Osman, Sean, Michael, Justin, Addison, Jaxin, Chase, Caitlin, Kendall, Natalie, Brandyn, Chloe and Cyrus. And many great grandchildren. Joe was a quick witted, big personality kid that grew into an ambitious and generous adult. Growing up as a farm boy, he became a jack of all trades. While attending Massey Hill High School, he earned the position of captain of the football team. He was an all state lineman and his claim to fame was having sacked NFL legend, Roman Gabriel, numerous times in the state finals. During this time, he began dating the love of his life and married her soon after graduating. Joe enlisted in the Army and while stationed in France, he served in the Finance Corps. After the army and graduating from college, he moved to Maryland and became an international banker for the US Government. While working for the government, he traveled all over the US and to 27 countries. He was a brilliant man compelled to write, and did throughout his entire life. He was an amazing orator, had spoken on C-span and enjoyed speaking in church. Joe was a member of the Church of Jesus Christ of Latter Day Saints for 52 years. He served in many callings including Bishop, Stake High Councilman and Regional Welfare Specialist. In his retirement, he served a two year church service mission. His favorite pastime was spending quality time with his bride. Of all the things we will miss most, besides his giving spirit, is his wicked sense of humor and fantastic pranks. Visitation will be Friday, October 23rd, 6-8pm at Allen-Hall Mortuary, 34 East Center Street, Logan, Utah 84321. Graveside services will be Saturday October 24th at Noon at Providence cemetery. Please maintain social distancing. Services may be livestreamed at https://us02web.zoom.us/j/86079171083?pwd=K3FMTXhVamNmS3hjNFM4Smtob0xMZz09 PASSWORD: Jackson

Joe Wade (Papa) Jackson, 82, of Providence Utah, succumbed to his battle with Alzheimer&#8217;s on October 20, 2020. He was preceded in death by his lifelong sweetheart, Sylvia Gail, in January of 2020. Joe was born on April 2, 1938 in Fayetteville,... View Obituary & Service Information

Send flowers to the Jackson family.