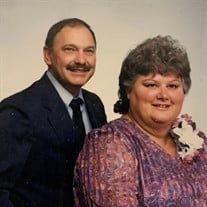 Our sweet and loving father, grandfather, brother, uncle and friend succumbed to cancer and returned to the loving arms of his sweetheart, Annette, February 21, 2020. Joseph Segon was born February 23, 1937, in Freeland, Pennsylvania, to John Segon (Sigan, Cigan, Czigan) and Suzanne Evancho Shikorsky the sixth of seven children. He grew up in Freeland and Parma, Ohio. As a child he loved sports, especially baseball. He also took accordion lessons. Sometimes he would take his lesson money and sneak to the park and buy a box of cracker jacks. His mother was not too thrilled about that. At the tender age of 17, he decided to join the Air Force. After basic training he was assigned to Travis Air Force base in California and was an aircraft mechanic. It was in California that Joe met Annette Thorpe Mitton; his life would never be the same. Their courtship started with a blind date and they were both smitten. After four years with the Air Force, Joe and Annette married June 21, 1960, and settled in Rancho Cordova, California. Joe worked at Aerojet and was assigned to work on the Apollo mission rocket systems. After layoffs at Aerojet, Joe set off to find work. He found work with American Airlines at the San Francisco Airport. He retired after about 40 years of service with the airline. Many happy years were spent in Fremont. Holidays were special times going to get Christmas trees in the Santa Cruz mountains, Joe and Annette playing Christmas carol duets with the piano and accordion, traditional Segon family Easter dishes and beautiful Thanksgiving dinners with plenty of food and football. Grandpa Joe, as he was known later in life, loved his family very much and was generous to all. After Annette’s passing, he moved to Rocklin, California to be closer to his children. Grandpa Joe loved living in Rocklin. He enjoyed watching boxing matches, historical movie documentaries, political news programs, and had plenty of fishing stories to tell. Joe is preceded in death by his loving wife, Annette, his parents and siblings: Mary Huba, Rita Sotak, Robert Sigan and John Sigan. He is survived by brothers Thomas (Marie) Segan and Daniel (Maureen) Segon, sister-in-law Eileen (Brian) Burbank, children April (James) Sturtevant or Greenwood, Ca, Ronald (Shari) Segon of Newcastle, Ca, Linda (Jason) Nessen of Wellsville, Ut, 13 grandchildren and 6 great-grandchildren. We would like to thank all of those that provided loving care to Grandpa Joe. Funeral services will be held February 29, 2020, at Allen-Hall Mortuary in Logan, Utah. Viewing from 11:00 AM to 12 Noon, services at 12:30 PM. Interment in the Logan City Cemetery in Logan, Utah. Condolences may be expressed online at www.allenmortuaries.net.

Our sweet and loving father, grandfather, brother, uncle and friend succumbed to cancer and returned to the loving arms of his sweetheart, Annette, February 21, 2020. Joseph Segon was born February 23, 1937, in Freeland, Pennsylvania, to John... View Obituary & Service Information

The family of Joseph Segon created this Life Tributes page to make it easy to share your memories.

Our sweet and loving father, grandfather, brother, uncle and...

Send flowers to the Segon family.