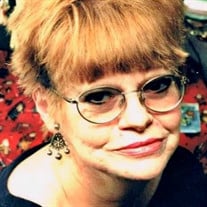 Josephine Ellen Clement (Thorp) passed away May 5th 2022 surrounded by those who love her. Born December 7th 1945 in Rochester England she was the only, beloved child of Eric & Cicely Thorp. Her residency in England was short because at age 3 they crossed the Atlantic to America. Making their home in Utah, Josephine's childhood was spent in a home built by Eric mere steps from the little store known in the valley as “Island Market”. In her youth she enjoyed running & playing until at the age of 12 she contracted rheumatic fever. This hit her hard & forever impacted her health. In her teens she was precocious and intelligent, applying herself to complete high school at the tender age of 16; after which she studied nursing. In between all that she also did modeling which was no surprise given the natural beauty she possessed. A fiery redhead with an hourglass figure she stunned with her mere presence. At 17 she met and fell in love with the strapping and dashing army man Erwin Ralph Rohleder. A whirlwind romance followed and the two were soon wed and were sealed for time and all eternity. In rapid succession this union introduced to the world their six children. Michael, Brent, Ryan, Kristine, Jason and Elizabeth. For 16 years they raised their brood. Not always under sunny skies but always with much love. However fate deemed that they must travel separate paths and thus a divorce ensued. In the years that followed other loves came into their lives yet their love for each other never truly wavered. From one of these loves came her last child, Amy. Being older (38) Josephine decided that she would dedicate herself utterly to the raising of her youngest. However this did not diminish her many talents. She was a good writer & artist. Her tastes in life were far & vast. She adored animals and created strong bonds with each and every pet. But her strongest attribute was her deep and everlasting love of our Heavenly Father, his son Jesus Christ and her family. Josephine was not shy sharing these feelings with the world & she instilled in her children the same respect, and love for God and family. An article that Josephine loved told a story of a mother bird found dead in her nest after a forest fire yet underneath the chicks were alive & well. It was a mothers love that kept that bird from flying to safety. It also triggered in Josephine's mind Psalm 91:4 “He will cover you with his feathers and under his wings you will find refuge”. Both these things speak perfectly about the person Josephine was and what mattered to her most. On a scrap of paper below the article she wrote “I believe in life after this life, and I know that this is true.” All who knew her could never doubt her love and faith. She touched and uplifted anyone who came into contact with her. Between her dry wit, silly sense of humor and enduring fire of love and faith she warmed any and all who came near. It is for this reason and many more that she will be dearly missed and always fondly remembered. Those who received her joyfully into heaven were her dear Father and Mother, her beloved son Brent, her eternal husband Erwin and her many loved animals. Those left to await a future reunion are her children Michael (Thavy), Ryan (Joann), Kristine (Jeff), Jason, Elizabeth (Nate) and Amy (Chris), her grandchildren Jeremiah, Ben, Christopher, Eric, Cicely, Allison, Emma, Pierce, Bethany, Jaden and CJ plus her great grandchildren Ada and Jenson with one on the way. Our family wishes to thank everyone who loved our Mother and touched her life. We know that she will be missed by many. A graveside service will be held at Providence cemetery Monday May 9th 2022 at 10:00am. All who knew Josephine are welcome to attend the service & the small gathering that will be held directly after (349 S 100 W in Providence) In lieu of flowers feel free to make a donation to the local Humane Society since Josephine loved animals so much. Condolences may be expressed online at www.allenmortuaries.net

Josephine Ellen Clement (Thorp) passed away May 5th 2022 surrounded by those who love her. Born December 7th 1945 in Rochester England she was the only, beloved child of Eric & Cicely Thorp. Her residency in England was short because at age... View Obituary & Service Information

Click here] to listen to the Graveside Service audio recording

Send flowers to the Clement family.