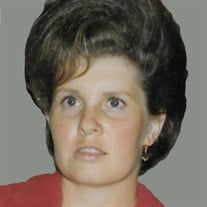 Katherine Bastian Viehweg (Mar. 15, 1943 – Dec. 10, 2021) slipped away with characteristic grace, at her home in Hyrum, UT. She was surrounded in love by children and grandchildren; and received in love by her sweetheart and loved ones that have gone before. She was a steadying rock to all who knew her, and especially to her husband of 54 years, Steven H Viehweg. As a rock is shaped by the river, so the river receives some character and shape from the rock, and that influence lives in the current. Kathy has been that rock for us. As a little girl, her father placed her on the horse while he would plow, and on a horse was probably where she was most at home. Her mother taught her to nurture any abandoned lamb to health; a skill she applied with patience throughout her life, for lost lambs and loved ones equally. Kathy had a deep and abiding testimony of the gospel of Jesus Christ, and served in many callings, and as a faithful member of The Church of Jesus Christ of Latter-day Saints. She was sealed to her eternal companion on Aug. 10, 1961 and they shared this life for 54 years; united now for all eternity. Kathy and Steve served together on missions to Indiana and Ghana, and served at the Logan Temple. They joined the Hyrum Saddle Club after settling in Hyrum and made several friendships there that have been truly cherished. They fell in love with the Tetons on their honeymoon, and returned there at least every year since then. Asked for a final message to family and friends she said: “I want them to know I love them. I expect them to be respectful of each other and your membership in the church. Jesus Christ lives and loves you.” Special thanks to Celeste Viehweg, who cared for Kathy in her final months, allowing her to stay in her home with dignity and compassion. And to hospice workers, and several others who provided her with excellent care. Many of those who cared for her were touched by her kindness, gratitude, and grace. Kathy was preceded in death by her sweetheart, Steven H. Viehweg, and by parents Alice and Elden Bastian, and her brother Roger Bastian. She is survived by her brother Stephen, sister Larue, brothers Kirk, and Stewart. She is survived by her children, grand children, and great grandchildren: Kerry (1g), Shane (Teri, 1g, 5gg), Boyd, Curtis (Diana, 2g), Jennifer (David Sorensen, 3g, 1gg), Douglas (Celeste, 3g). There will be a viewing on Sat. Dec. 18, 10-11am at Allen-Hall Mortuary, 34 East Center Street in Logan, UT. Luncheon for family and friends at 12:30pm, at the Hyrum 6th Ward, and a Graveside Service at 3pm, at the cemetery in Clifton, ID.

Katherine Bastian Viehweg (Mar. 15, 1943 &#8211; Dec. 10, 2021) slipped away with characteristic grace, at her home in Hyrum, UT. She was surrounded in love by children and grandchildren; and received in love by her sweetheart and loved ones... View Obituary & Service Information

The family of Katherine B. Viehweg created this Life Tributes page to make it easy to share your memories.

Send flowers to the Viehweg family.