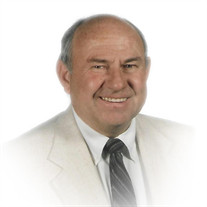 To view the funeral live, click on the following link: https://us02web.zoom.us/j/88624465737?pwd=UW14VitPdVNXQXZWR3hKY2lxa2RrZz09 PASSWORD: Keith Keith W Jones was born May 2, 1936 to Harold Jones and Eva Williams and died Oct 29, 2020. Keith was born in Southern California, but moved to Ogden when he was six months old and lived there until his marriage in 1959, except when he served a two year mission to England. He married Sharon Arlene Stagg, 61 years ago. They went on a mission together to North Carolina. Since then they have lived in Washington, Connecticut, California, Idaho and in North Logan, Utah. Keith graduated from Ogden High School, then two years at Weber College. He later graduated from the University of Utah, with a degree in Mechanical Engineering. He is survived by his wife, his seven children: Wendy (Mike) Heimbigner, Gregg (Debbie) Jones, Neil (Tova) Jones, Todd (Lisa) Jones, Tina (Lance) Browning, Bruce (Holly) Jones and Corey (Rebecca) Jones, one brother (Harold Jones) and a sister (Lois Willis), 26 grandchildren and 9 great-grandchildren. We all miss him very much. A lifelong member of the Church of Jesus Christ of Latter-Day Saints, he served in a Bishopric, as a Clerk, Seventy, Stake and Ward Missionary, and Scoutmaster. Family meant a lot to him. He enjoyed boating, hiking, skiing, camping and eating ice cream with them. It was a point of happiness to him that all his sons and one daughter served missions and all his children were married and sealed in a Church Temple. A viewing will be held Fri, Nov 6 from 6-7 pm and Funeral Services to be held Sat, Nov 7 at 10:30am at the Allen Mortuary of North Logan, 420 East 1800 North, North Logan. Due to Covid concerns attendance is limited. The funeral will be broadcast by Zoom, and may be accessed online at www.allenmortuaries.net

Send flowers to the Jones family.