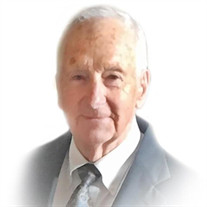 Kent Karren Harris passed away at home in Salt Lake City, Utah October 15th 2020 due to advanced Alzheimer’s disease . Kent was born in Logan, Utah to Cliff Karren and Leona Hobbs Harris. He married Jenice Reading September 9th 1953 in the Logan Temple. They were married 67 years. Kent was a scholar and an athlete, lettering in 4 sports while attending Logan H.S. Football, basketball, swimming and track. He graduated from Utah State University where he was an outstanding Aggie quarterback. He turned down an offer to play professional football to enter graduate school at Stanford University where he earned a Ph.D. in nuclear engineering. Kent was in the US air force and worked in the Special Weapons Lab in Albuquerque, New Mexico. Following his service he was employed with Lockheed Missiles and Space. Education was very important to Kent and he was able to share his knowledge as a physics professor at both Foothill College and West Valley College in California. Kent’s greatest loves were his family, football, golf, skiing, chocolate, classical music, opera and the ballet. He was a member of the Church of Jesus Christ of Latter-day Saints, holding many callings throughout the years. He especially enjoyed being an ordinance worker at both the Seattle and Salt Lake temples. Kent is survived by his loving wife Jenice Harris, children Michael (KoreAnn), Scott ( Kitty), Lisa (Greg Mann) , Jennifer (Alex Schiel), Kirsten (Greg Ward), Andrea Harris Roush, 22 grandchildren , 28 great grandchildren and his brother, Richard Honaker of Rock Springs WY. He is preceded in death by his parents Cliff and Leona Harris and his brothers Jim and Roger Harris. Graveside services to be held Wednesday October 28th, 2:00 pm at the Logan cemetery. Covid 19 guidelines will be observed. Arrangements provided by Allen-Hall Mortuary, Logan, Utah. Condolences may be expressed online at www.allenmortuaries.net

The family of Kent Karren Harris created this Life Tributes page to make it easy to share your memories.

Send flowers to the Harris family.