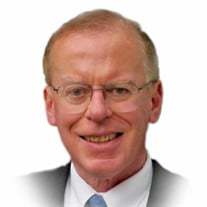 Lawrence Wing Hills, passed away on Thursday, March 17, 2022 at his home in North Logan, Utah at 80 years of age. Larry was born in Boston Massachusetts, on January 13, 1942. He was the son of F. Gilbert Hills and Elinor W. Hills. Larry was the second oldest of 4 boys. Fred, Larry, Dick and Stan. Larry is survived by his wife, Holly, of North Logan, Utah and his children: Sarah (Donnie), Ruth (Michael), Daniel (Jill), Seth (Erin), Nathan (Jessica), Leah (Jake), and Christopher. He is also survived by 20 grandchildren. Larry was preceded in death by his parents, Gilbert and Elinor Hills, and his brother Fred. As a child, Larry grew up in Weymouth, Massachusetts and spent his summer months on Cape Cod, with his family. As a youth you would find Larry with his brothers either building tree houses, sailing, boating or playing with model trains or working on numerous other creative activities. In later years, he was interested in many endeavors which included engineering, building and constructing a variety of items and even building his own sailboat. Larry attended Lewis & Clark College at the early age of 17. Studies included semesters in Mexico and at The American University (Washington D.C.). He earned his bachelor’s degree in International Affairs (1965). He also attended Brigham Young University, earning a bachelor’s degree in Mechanical Engineering (1973). He later earned a Master’s of Business Administration at Utah State University (1997). Larry and his brothers were converts to the Church or Jesus Christ of Latter-day Saints. He was called to serve a mission to California (1967 - 1969). Larry married Holly on December 21, 1974, in the Washington, D.C. Temple. They started their family in Maryland, later moving to Massachusetts and raising 7 children. Larry had an extensive career working on several engineering projects with the Naval Research Lab (Annapolis), Woods Hole Oceanographic Institute, Raytheon Marine Systems and Boeing Aircraft (Everett, WA). While living in Massachusetts, Larry served as the Bishop of the Cape Cod ward. He was active in family history research and temple work. As his family grew, Larry enjoyed spending time with them by camping, hiking, biking, sailing or working on projects together. After retirement, Larry, Holly and Christopher served a mission for the Church of Jesus Christ of Latter-day Saints in Nauvoo, Illinois (2010 - 2011). Following their mission, he enjoyed serving in his local church ward, wood working, making toys, rocking horses, and other fun projects. Most recently you could find Larry working in the yard, gardening, reading or taking a walk around the neighborhood. The family would like to express a thank you to everyone who has helped Larry and his family during these last few months. Funeral services will be held on Thursday, March 24, 2022 at 11:00 AM, at the Church of Jesus Christ of Latter-day Saints, located at 1105 East 2100 North in North Logan, Utah. Prior to the service, there will be a visitation held from 9:30-10:30 AM at the same location. Interment will take place with immediate family at the North Logan, Utah cemetery. In lieu of flowers, memorial donations can be made to the Church of Jesus Christ of Latter-day Saints Missionary or Humanitarian fund. Services may be viewed via the following link: https://youtu.be/ntbEl7tCuec To listen to the audio recording of the funeral, click here

Lawrence Wing Hills, passed away on Thursday, March 17, 2022 at his home in North Logan, Utah at 80 years of age. Larry was born in Boston Massachusetts, on January 13, 1942. He was the son of F. Gilbert Hills and Elinor W. Hills. Larry was... View Obituary & Service Information

View the service at: https://youtu.be/ntbEl7tCuec

Send flowers to the Hills family.