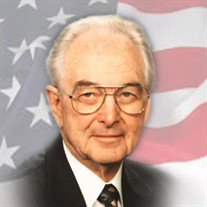 Lloyd Albert Clement born to Albert Nephi and Iva Oris Stevens 12 January 1918 in Fairview, Sanpete, Utah passed away on 1 November 2021. He liked living on a farm where he could play with his friends until dark, swim the irrigation canal and play stick ball. Chores were done morning and night. He attended elementary school in Fairview, and high school in Mount Pleasant, and graduated from Jordan High School in Murray in 1936. As a student he sang in several operettas at school. He sang and directed church choirs, and as the stake music director. Lloyd was a lifelong member of The Church of Jesus Christ of Latter-day Saints. In 1950, Lloyd married Billie Wilson in Wichita, Kansas. They moved to Logan, Utah to attend school. On December 2, 1953 they were sealed in the Logan Temple. Five children were welcomed into the family. Carla (Loren) Jorgenson, Albert Wilson (Kim deceased), Kathleen, Lloyd Randall and Nancy (Kurt) Clayton. In 1958, he was awarded a Ford Foundation fellowship to Harvard University to pursue an advanced degree in Business and returned to USU as a professor for the next 26 years. 1971 took the family to Bolivia for a 2 year assignment. While in Bolivia, he taught early morning seminary to the youth of the church. On retirement from Utah State University, he accepted an assignment to Monrovia, Liberia, West Africa to serve as Chief of Party to write financial manuals for a Land Grant Bank. Prior to leaving Utah he was called to be the Branch President where he served for three years. Upon returning to Utah, Lloyd continued to be active in local political voting districts, sang with the Logan Imperial Glee Club, served as an officiator in the Logan Temple and served two missions for The Church of Jesus Christ of Latter-day Saints. Mission with his companion Billie to Puerto Rico, San Juan and Orlando Florida Temple. The family was of great importance. Family vacations were well planned for each summer. In the winter the family enjoyed skiing at Beaver Mountain, Powder Mountain and Alta. While in South America, the family ski vacation in Barilochi, Argentina in July 1972 was paramount as the USA ski team was practicing for the Olympics. Camping in the family tent, fishing, floating down rivers in the rafts, tin foil dinners and campfires. Lloyd was preceded in death by his parents, brother Deward Stevens, two sisters Marietta and Floy and grandsons Michael Emerson Taylor, Kirk Savage and Gabriel Randall Clement. He is survived by Billie of 70 years, four daughters: Penny, Carla, Kathleen, and Nancy and two sons: Albert Wilson and Lloyd Randall and one brother: Gerald Lee. A public viewing will be held from 10:30-11:30am on Friday, November 5th followed by a funeral service at 12pm at Allen-Hall Mortuary. Burial will take place at the Logan City Cemetery with military honors. Click the following link to watch the services live (password: Lloyd): https://us02web.zoom.us/j/84428594813pwd=ZUxoeUhUT3lHYW9WNFJYbjJFQU53QT09

Lloyd Albert Clement born to Albert Nephi and Iva Oris Stevens 12 January 1918 in Fairview, Sanpete, Utah passed away on 1 November 2021. He liked living on a farm where he could play with his friends until dark, swim the irrigation canal and... View Obituary & Service Information

Send flowers to the Clement family.