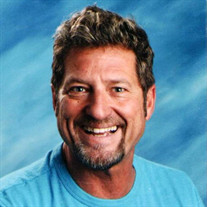 Mark Henry Dewey, aka Mr. Dewey, beloved teacher, Marcus, soulmate and husband, Daddy and Dad to his children and Markie to his stepchildren, passed away unexpectedly on December 9, 2020. Born on January 4, 1957 to Thomas Julius “TJ” and Marguerite “Neet” Dewey in New Roads, Louisiana, Mark was the youngest of 5 boys. Mark graduated with a bachelor’s in theology from International Bible College in San Antonio, TX and served on the staff of Trinity Church. His ministerial career was followed by work in HR/Management before returning to school to become a teacher, his true passion. He graduated magna cum laude with a bachelor’s degree in social studies education from West Virginia University. Mark began his teaching career in Utah, working with at-risk students in the Logan City School District. He then joined the history faculty at LHS and also taught several years at Mt. Logan Middle School and InTech Collegiate High School. After his retirement, he continued to work in education as a substitute teacher. A huge sports fan, Mark served as a coach for LHS Softball and as an assistant coach for LHS Football, as well as coach for his daughter Maya’s soccer team. He was Maya’s most vocal supporter when she played for LHS Volleyball and Mountain West Volleyball. He was a lifelong fan of the New Orleans Saints, LSU Football, and the Baltimore Orioles. Mark was very passionate, enthusiastic, charismatic and compassionate. He was an extremely well-liked teacher who changed the lives of many of his students. He had an amazing ability to connect with his students. His inspired teaching resulted in several students becoming history teachers themselves. Wherever Mark went in Cache Valley, he would run into former students who would thank him for being their favorite teacher. He will be dearly missed by many. Mark is survived by his wife Cara Lindsey (who loved him more than words can say), his children Tyler Jackson (San Francisco, CA) and daughter Maya Joy (Salt Lake City, UT). He also had two step-children Britin and Alexis Lindsey (Nibley, UT). He is survived by two brothers, Tommy Dewey (Nancy) of Lafayette, LA and Jim Dewey (Cindy) of New Roads, LA, and by his first wife Cindy Dewey, multiple cousins, nieces and nephews. He is preceded in death by his mother and father, as well as two of his brothers Pat (Rikki) of Conroe, TX and Paul (Linda) of Baton Rouge, LA. Due to Covid-19 Mark would not want us to gather together now. A Celebration of Life will be held on a future date when it is safe for family and friends to gather. Mark felt strongly about helping others. In lieu of flowers, a donation to the local Food Bank in his name would be greatly appreciated.

Mark Henry Dewey, aka Mr. Dewey, beloved teacher, Marcus, soulmate and husband, Daddy and Dad to his children and Markie to his stepchildren, passed away unexpectedly on December 9, 2020. Born on January 4, 1957 to Thomas Julius &#8220;TJ&#8221;... View Obituary & Service Information

The family of Mark Henry Dewey created this Life Tributes page to make it easy to share your memories.

Send flowers to the Dewey family.