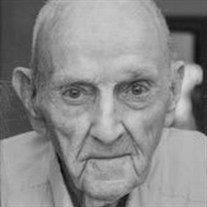 Martin C. Reeder passed away peacefully on November 24, 2021, on his 93rd birthday. Born November 24, 1928, in Smithfield, Utah, he was the seventh child and fourth son of Golden and Fontella Reeder. Corky was raised on a small family farm where he learned the value of hard work at a young age. He grew up with seven siblings which guaranteed a very happy childhood. Our Dad was educated in Cache County schools and attended classes at Utah State University. He had many diverse interests which he used in many different ways throughout his life . Martin was a proud Korean war veteran, and he and his three brothers left to serve on the same day. Later in life, he took a trip back to Korea with other veterans and enjoyed seeing the country and how it had progressed. In 1953, he married LaFaye Mickelson in Idaho Falls, Idaho. He told our mother he was going to marry her before he ever took her on a first date and they were later sealed in the Logan L.D.S. Temple. Martin and LaFaye raised three children, Debbie, Jolyn, and Scott who blessed them with seven grandchildren and nine great-grandchildren, with another arriving soon. He adored these grandchildren and participated in their lives as much as his health allowed. Early in their marriage, Corky and Faye moved around quite a bit while Corky worked road construction. He then moved into sales where he especially enjoyed selling large farm equipment. He called himself a jack of all trades; Faye called him a salesman. He traveled all over the western United States and saw so much of this country. Our Dad always did love to drive. Our family vacations were road trips, with lovely picnics and outdoor meals at parks in interesting places. But, we were kids and just wanted to get to a hotel with a pool. Dad was an active member of The Church of Jesus Christ of Latter Day Saints where he served in many different callings. His first church calling was as a ward dance director, and it was such a treat to watch Dad and Mom dance. He and Mom later served a mission in Logan at the Bishop’s Storehouse. He had a great love for temple work and all the people he worked with and made some dear friendships along the way. LaFaye, his wife of 65 years, preceded him in death, as did his parents and all seven of his brothers and sisters. Funeral services are under the direction of Allen-Hall Mortuary, located at 34 East Center in Logan on Saturday, December 4th. A viewing will be held from 11-12:30 followed by the funeral service at 12:30. We will have time during the funeral service for anyone who would like to share a memory or make a few remarks in honor of Corky to do so. Dad will be laid to rest in the Smithfield Cemetery with Military Honors from the North Cache American Legion. Dad’s children and their families will gather on Saturday evening for an intimate family dinner to honor him. Condolences may be expressed online at www.allenmortuaries.net

Martin C. Reeder passed away peacefully on November 24, 2021, on his 93rd birthday. Born November 24, 1928, in Smithfield, Utah, he was the seventh child and fourth son of Golden and Fontella Reeder. Corky was raised on a small family farm... View Obituary & Service Information

The family of Martin "Corky" Reeder created this Life Tributes page to make it easy to share your memories.

Send flowers to the Reeder family.