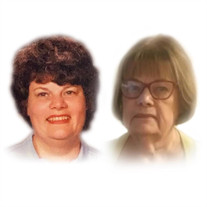 Tucson, Arizona: Mary Jo Bridge Humpherys, 85, of Tucson Arizona passed away on the 11th of February 2022, in Tucson Arizona. She was born on 11 September 1936 in Salt Lake City, Utah. She was the daughter of Kenneth and Marie Bridge and the oldest of five children. She was a lifelong member of the church of Jesus Christ of Latter-Day Saints and had her own testimony since she was little. She had a passion for reading, especially mystery books and watching Masterpiece Theater. She was a wonderful older sister that encouraged her four younger brothers to attend church. Her Grandmother Dietz and Bridge were influential in her life, and she loved them dearly. She made sure that her children knew many of their stories and how wonderful these ladies were. After graduating from Salt Lake City’s East High School, class of 1954, she went on to Brigham Young University. Her brothers really appreciated her example of that and chose to attend and support the University of Utah. She majored in English literature at Brigham Young University and graduated in 1960. While at Brigham Young University she enjoyed many activities including tennis. She shared a family song that had been passed down through generations with her literature professor and class who were recording family folk songs. It was the first time this professor had ever heard this song and tune and so they recorded it and added it to the archives at BYU. While at BYU she met Harold Humpherys on a date set up by her roommate. They were married on Halloween, Mary Jo’s favorite holiday. Mary Jo graduated first and worked while Harold finished up school. After both of their graduations Harold joined the United States Air Force and the “forced travel bug” became a lifestyle for them. While in Arizona their sons Kenneth and Andrew joined their family and soon, they were off to Japan, back to the United States, and then to Belgium. While in these wonderful places Mary Jo made it a priority to understand each culture and their history with many trips and language classes. There are many fond memories of people in the family trying to speak English to native French shopkeepers, slowly, hoping that they would understand “slow” English, and finally Mary Jo stepping in and using her intermediate French to help with the purchase. That was when barely anyone in Europe spoke English outside of the United Kingdom. After their retirement from the USAF, they settled in San Diego and finally on to Tucson AZ in 1993. Mary Jo was active in her local book club and always volunteered wherever she could. Mary Jo is survived by her husband Harold Humpherys, sons Kenneth and Andrew, grandchildren Matthew, Kyle, Lily, and Ian, as well as her brothers and sister in laws David & Kathy Bridge, Bill & Jane Bridge, Carla Bridge and Alan & Eileen Bridge. Funeral Service will be held at the graveside in the Salt Lake City Cemetery. February 25 at 12:00- 12:30 PM (MT) Salt Lake City Cemetery, 200 N St. E, Salt Lake City UT 84103

Tucson, Arizona: Mary Jo Bridge Humpherys, 85, of Tucson Arizona passed away on the 11th of February 2022, in Tucson Arizona. She was born on 11 September 1936 in Salt Lake City, Utah. She was the daughter of Kenneth and Marie Bridge and the... View Obituary & Service Information

The family of Mary Jo Bridge Humpherys created this Life Tributes page to make it easy to share your memories.

Send flowers to the Humpherys family.