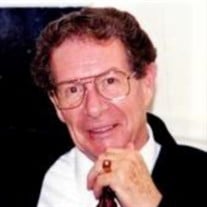 Melvin Burris Smith passed on November 5th, 2021 at the age of 94 in Logan. He was born to Fred Girdlestone Smith and Martha Elizabeth Burris on February 5th, 1927. He was a hardworking sociable guy, known for decades as the person who could fix any watch. Cache Valley was home all his life, except for a brief stay with relatives in Magna after his mother died in 1936 when he was nine. He also served two years in the Navy during World War II. His father gave permission for him to quit high school and join at the age of 17. This was following watchmakers training in Annapolis, Md. He completed basic training, and was assigned to aviation instrumentation at Lambert Field in St. Louis. He also served on the USS Saratoga. His incredible work ethic came from a lifelong association with the Needham family, first mowing lawns at age 11, cleaning jewelry and fixing clocks at 14, and repairing watches at 16. His watchmaker’s training and naval instrumentation experience prepared him for a lifelong career at S.E. Needham Jewelers, where he worked into his 80s. He never stopped expressing gratitude for a good job he loved and for the kindnesses extended to him by the entire Needham family over his life. Upon returning from the Navy, he earned his diploma and was advised by Sylvan Needham to take a vacation before starting back to work. He connected with Asael Farr (Ace), of Farr Ice Cream, who was a friend since the 7th grade, and they traveled through Arizona, Nevada, and California on Harleys, sleeping many nights under the stars. They remained friends for life. He enjoyed work breaks at Glauser’s, keeping his cars spiffy, and taking care of his yard. He stayed physically active for years, including running at the USU fieldhouse and swimming laps in the pool, which continued after recovery from triple bypass surgery. Mel met his sweetheart, Alice Mae Ford (Maisy to him), at Winget’s Diner in Smithfield, in the summer of ‘47. They married that fall in Elko, NV. and were later sealed in the LDS Logan Temple. They built a home in 1965 and lived on the river on Sumac Drive for over 50 of their 60+ years together. They enjoyed ballroom dancing, road trips in their vehicles, babysitting grandkids, dinner at Angie’s, chicken in a basket at Maddox, and especially spending time with family. They had three boys, Robert L. (deceased - Marian), Dennis K. (Beth), M. Kim (Paula), 12 grandchildren, and 22 great/great-great grandchildren, all of whom were Mel’s pride and joy. He had a younger brother, Noble B. Smith, who preceded him in death, along with his parents, his wife, and his son, Robert. A graveside service will be held at the Logan City Cemetery on Saturday, November 13th at noon with Military Honors. Funeral arrangements are by Allen-Hall Mortuary. Condolences may be shared online at www.allenmortuaries.com

Melvin Burris Smith passed on November 5th, 2021 at the age of 94 in Logan. He was born to Fred Girdlestone Smith and Martha Elizabeth Burris on February 5th, 1927. He was a hardworking sociable guy, known for decades as the person who could... View Obituary & Service Information

The family of Melvin Burris Smith created this Life Tributes page to make it easy to share your memories.