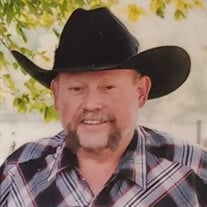 Michael Nolan Bird born June 28 1969 at Logan hospital. He crossed over June 5th 2021 at 2:47 pm at Ogden Regional Hospital. On May 20 2000 he Married Tena Jo Lyman and gained two daughters Amberlee and Katie Roland. On October 26 2006 he had his first child Harley Ann Bird. He grew up in Mendon, Utah and loved his hometown and the surrounding mountains. He spent many happy times hunting with his dad and brothers in those mountains. He learned to work on the farm with his Grandpa Bird and his father hauling hay and driving the old John Deere tractor. He attended school at Wellsville Elementary, and graduated from Mountain Crest High School. He began working at Weslo (now ICON) shortly after graduation, and worked there for 28 years. He was employed at R.R. Donnelly at the time of his death. Mike loved to spend time with his family. He enjoyed being outdoors and going hunting with his brothers Lance and Nathan Bird. He was a night owl and enjoyed sitting around a fire in the middle of the night and being close to the ones he loved and talking about anything and everything. Mike was an incredible man who loved his grandkids with one of which he reunited with in heaven on June 5 Brylee Jo. He was compassionate kind and caring. Mike was a member of the Church of Jesus Christ of Latter-day Saints. He is survived by his parents Nolan George Bird and Barbara Leatham Bird, his wife Tena Jo Bird and his 3 kids Amberlee Jo Roland Gittins, Katie Mae Roland Blauer, and Harley Ann Bird his grandkids whom he adored Wyatt, Kambree, Colt and Stetzen and his brothers and sisters as well as their spouses.... Loni Bird Grover, Nathan Dennis Bird, Shari Bird Nish, and Lance Aaron Bird as well as several nieces, nephews, aunts, and uncles, mother in law Donna Lyman West, sister in law Elsie Crockett, zetta Olsen, Dana Holman and brother in law Mitchell white as well as their spouses. Funeral services will be held on Friday, June 11th at 1:00 p.m. at the Wellsville Ward Chapel, 49 West 200 South in Wellsville. A viewing will be held Thursday evening from 6-8 p.m. at Allen-Hall Mortuary, 34 East Center in Logan and from 11:30-12:30 p.m. prior to the services at the church. Interment will be in the Mendon City Cemetery. Funeral services will be livestreamed at (password: Mike) https://us02web.zoom.us/j/81774619648?pwd=OFRtb2RJYzRmOTluWW5TSXFlekp0UT09

The family of Michael N. Bird created this Life Tributes page to make it easy to share your memories.

Send flowers to the Bird family.