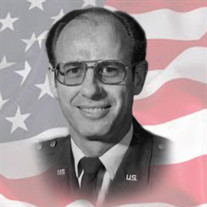 Norman Dunford Mecham passed away peacefully on November 1, 2021, with his sweetheart, Karma Rae, and his adoring family by his side. He was born in Logan, Utah, on August 9, 1932, to Everett Hess and Lillie Dunford Mecham. Norman will be remembered as a beloved husband, father, grandfather, and great-grandfather and an exuberant, genuine, generous, and loyal friend. His life was one well-lived, characterized by his eternal optimism and the joy he felt from serving – always leading by example to inspire and encourage others with his infectious smile, humor, and love. Norm was raised in Logan, Utah, where he graduated from Logan High School. Skiing was his passion, and he worked his way through high school and college by helping to build the Beaver Mountain Ski Resort in Logan Canyon. Norm was an active member of the Church of Jesus Christ of Latter-day Saints throughout his life. He served a mission for the Church in most major cities in Australia and Tasmania. After returning home, he graduated from Utah State University with a business degree in finance and married the love of his life, Karma Rae Rex, on June 7, 1956, in the Logan Utah Temple. They recently celebrated their 65th wedding anniversary. After marriage, Norm was commissioned a Second Lieutenant, USAF, and went to Pilot School in Tucson, Arizona, and McAllen, Texas. He spent most of his Air Force career as a Personnel and Advertising Officer. His assignments included tours in Maine, Guam, Missouri, Illinois, Georgia, Texas, and Thailand during the Vietnam War. After retiring from the Air Force in 1979 as a Lt. Colonel, he worked as a Senior Vice President of Human Resources at the national headquarters of Church’s Fried Chicken in San Antonio, Texas, for an additional 9 years. Norman’s testimony of the Gospel of the Church of Jesus Christ of Latter-day Saints informed his every life decision, and he was privileged to serve in many capacities in the Church throughout his life. He served as Bishop (3 times in 3 different wards) and as a first counselor in the San Antonio, Texas East Stake Presidency for 8 years. He also served 3 years with Karma Rae as a counselor in the Guam Micronesia Mission Presidency. Later in life, he worked diligently as an ordinance worker in the San Antonio Texas Temple for over 10 years. The joy of Norm’s life was his family. He loved his sweetheart, Karma Rae, more than life itself and was there to be her helpmeet and protector until the very end. They are the parents of two daughters – Lisa (Steve) Titensor and Julie (Kirk) Huntsman. He has 8 grandchildren and 18 great-grandchildren. Norman was preceded in death by his sister, Merle Jorgensen, and brothers; Melvin, Glenn, Edward, and Kenneth Mecham. A private graveside service for immediate family members will be held on Saturday, November 20, 2021, at the Logan Cemetery, where he will be laid to rest next to his beloved parents and siblings. Memories of Norm may be left at allenmortuaries.net. In lieu of flowers, those who desire may make a donation to the Church of Jesus Christ of Latter-Day Saints General Missionary Fund in his memory. Arrangements by Allen-Hall Mortuary. www.allenmortuaries.com

Norman Dunford Mecham passed away peacefully on November 1, 2021, with his sweetheart, Karma Rae, and his adoring family by his side. He was born in Logan, Utah, on August 9, 1932, to Everett Hess and Lillie Dunford Mecham. Norman will be... View Obituary & Service Information

The family of Norman Dunford Mecham created this Life Tributes page to make it easy to share your memories.

Send flowers to the Mecham family.