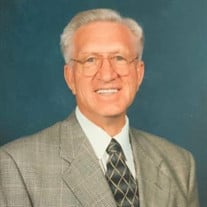 HYRUM, UTAH: Paul Henry Nielsen passed away peacefully at his home on July 28, 2020 as a result of suffering a stoke earlier in July. Paul was born in Hyrum, Utah on November 17, 1926 to Edgar and Anna Delorma Monsen Nielsen. He was the eighth of eleven children; Arlene, Grant, Clark, Jean, Lee, Venice, Don, Maxine, Jerry, and Aller, all of which preceded him in death. He was also preceded in death by a daughter, Karen Nielsen Sowers. Paul grew up on the family farm in Hyrum; planting and harvesting crops, milking and feeding cows, planting and caring for the family garden, and all the rigors of farm life. Whenever he had the opportunity, he loved exploring the canyons and mountains nearby. It was there he developed his love for hunting and fishing. Sports were a favorite of Paul’s. He attended South Cache High School were he participated in football, basketball, and track. He enjoyed school where he made many lifelong friends. It was also there where he met and later married the lovely Joyce Nielsen in the Logan Temple on June 24, 1947. They had 3 children; Karen, Dallan, and LeAnne. Not long after Paul and Joyce were married, Paul and his brother Don started a milk delivery service. They owned and operated two trucks, picking up milk from the dairies all over Cache Valley and delivering it to be processed in Salt Lake City. He did that for about 5 years when a friend encouraged him to apply for a job at Thiokol. He was fortunate to be hired and started out as a lab technician. He later applied for and became the lead for his team where they worked on the solid rocket fuel boosters for the space program. After retiring from Thiokol, Paul worked for a time at the Hyrum City power plant. Paul had a genuine smile for everyone which drew people in. He made sure you felt welcomed and comfortable. His neighbors and family were the lucky recipients of his homemade bread, freezer jam, and produce from his garden. A lifelong member of the Church of Jesus Christ of Latter-day Saints, Paul had many different callings in Sunday School, as ward clerk and as executive secretary, just to name a few. He found much joy working in the St. George temple as well as the baptistery and as an officiator in the Logan temple. Paul and Joyce also served a 1-year employment specialist mission at the church employment center in Logan. He is survived by a son, Dallan P. (Irene) Nielsen, a daughter, LeAnne (Richard) Larsen; a sister-in-law, Athalee (Lee) Nielsen; nine grandchildren, and 23 great grandchildren. Graveside services will be held on Saturday, August 8, 2020 at 11:00 am in the Hyrum City Cemetery. Friends may call at the Allen-Hall Mortuary, 34 E. Center, Logan from 9:30 -10:30 am prior to the graveside service. Condolences and memories may be shared with the family online at www.allenmortuaries.net. The family kindly requests masks to be worn.

HYRUM, UTAH: Paul Henry Nielsen passed away peacefully at his home on July 28, 2020 as a result of suffering a stoke earlier in July. Paul was born in Hyrum, Utah on November 17, 1926 to Edgar and Anna Delorma Monsen Nielsen. He was the eighth... View Obituary & Service Information

The family of Paul Henry Nielsen created this Life Tributes page to make it easy to share your memories.

HYRUM, UTAH: Paul Henry Nielsen passed away peacefully at his...

Send flowers to the Nielsen family.