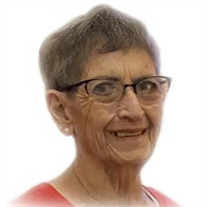 Peggy Ann Kiddle Wolfley, died at the home of her daughter and son-in-law in Wellsville, Utah on Friday, June 25 after being on hospice for ten months for congestive heart failure. She had just turned 78 years old and spent the week before her death surrounded by her entire family. She was able to spend special time with each of her 11 grandchildren, children, son-in-law, sisters and brothers-in-law and many friends. Peg was born in Salt Lake City, Utah on May 7, 1943, to Wayne Adelbert and Marjorie Gordon Kiddle. She grew up in East Millcreek, a bedroom community of Salt Lake. Peg met the love of her life, Richard (Dick) F. Wolfley, while in middle school. They dated on and off throughout high school until he eventually knew that she was the one. She, of course, knew the minute she met him. They were married on June 18, 1964. Peg’s passion was caring for others, and she did this best through being a registered nurse. She obtained her education through Holy Cross School of Nursing in Salt Lake City, Utah. This was a three-year, live-in program. She graduated from Holy Cross in 1964 and went straight to work. Over the years she worked in most areas of a hospital. One of her greatest honors was teaching nursing at her beloved alma mater. She was a nursing instructor at Holy Cross from 1966 to 1968. Peg spent 15 years working in the Emergency Department at Logan Regional Hospital. Emergency medicine turned out to be her true nursing expertise. While working in the ER, she was also the Cache County EMS Coordinator and responsible for continuing education and training. She came to know and love “her fire guys.” When Cache Valley Hospital opened, Peg was the nurse arranging the emergency room for the opening on March 1, 2001. Peg saw many honors in her career from ‘Nurse of the Month’ to earning the ‘EMS Nurse of the Year’, bestowed upon her by Governor Bangerter. After leaving the hospital, she went to work for several different home health and hospice agencies, which is where she was working when she retired after almost 50 years of nursing. She saved countless lives and affected so many others in a positive way! She also loved to be with their many animals, from horses to dogs and cats, as well as many wild animals that needed to be cared for. Peg followed her sweetheart and lived in many different places in Utah and Idaho. They loved Cache Valley the best, probably since that is where their kids and grandkids live and here is where she and Dick made their final home. She taught her legacy many things but the most important was “family is the most important thing and always comes first.” Family meant everything to her, and the smallest occasion saw her family gathering in fun and in support of one another. That tradition will carry on. Peg is survived by her children Tanya and Ken Mathys, Reni McBride, and Shawn Wolfley and her eleven grandkids: Seth, Dillan, Kace, Chantz, Hayden, Parker, Kirsten, Colton, Keslee, Chloe and Carter, her two sisters and brothers-in-law: Karen and Mike Hewitt and Vicki and Mel Short. She was preceded in death by her beloved husband, Dick. The Celebration of her Life will be from 11:00 am to 2:00 pm, with a short program starting at 11:00 am on Sunday, July 18, 2021, at the Logan Golf and Country Club, in Logan Utah. For those that wish, please come prepared to share a memory of Peg which will be placed in a keepsake book for the family, and we would love to have you share your memory of her during an open mic. The family would like to thank Misty Rich from Atlas Hospice and the amazing staff at Blacksmith Fork Assisted Living for all their love and care of our mom. It is truly appreciated.

Peggy Ann Kiddle Wolfley, died at the home of her daughter and son-in-law in Wellsville, Utah on Friday, June 25 after being on hospice for ten months for congestive heart failure. She had just turned 78 years old and spent the week before her... View Obituary & Service Information

The family of Peggy Ann Kiddle Wolfley created this Life Tributes page to make it easy to share your memories.

Peggy Ann Kiddle Wolfley, died at the home of her daughter and...

Send flowers to the Wolfley family.