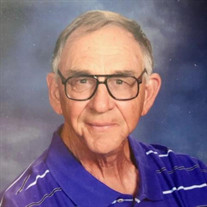 Richard Anthony Borden, PT, Ph.D., CSCS In 1952, a 14 year old Richard Borden walked into a corner bookstore and picked up a Strength & Health magazine that would change his life and influence the lives of innumerable others. He was going to be playing high school football and wrestling at Phoenix Union High School and thought it might be useful to be a bit stronger. So he made a few casts for dumbbells, filled them with concrete, and began his weightlifting career. Richard’s story, of course, began earlier, on September 3, 1938, in Prescott, Arizona, when he was born as Richard Anthony Lopiano to Cora Louise Lopiano (Blevins) and Joseph Lopiano. When Richard was a youngster, Joe decided his family needed a different name. He was walking by a market and saw an add for Borden Milk, which said, quite simply, “If it’s Borden, it’s got to be good.” The family became the Bordens and they were, indeed, good. Soon after Richard was born, the family moved to Phoenix, where young Richard grew up. After high school graduation in 1956, he went to Arizona State University and completed a degree in zoology in 1961. After ASU, he moved to Ohio to attend physical therapy school at The Ohio State. The physical therapy degree began his lifelong affection with the mechanics of the human body. He was the Director of Physical Therapy Services at UCLA from 1962-67. Richard moved from UCLA to Kentucky in 1967 to accept a professorship at the University of Kentucky and completed his Masters Degree in Anatomy. He was teaching in the physical therapy program, and working with the track team as a volunteer strength coach. Richard loved to cook and was a masterful Italian chef — making homemade pizza and pasta for friends and family alike. Perhaps most importantly, he met Donna Whitson, his future wife. Richard and Donna got married in 1971. The happy couple was heading to South Carolina, where Richard was brought in to start the physical therapy program at the Medical University of South Carolina. Both his daughters were born in South Carolina — Allison in 1973 and Andrea in 1976. In 1978, he was invited to Flagstaff, Arizona to open the physical therapy program at Northern Arizona University. He was appointed Dean of the College of Health Professions at NAU in 1982, a position he maintained until 1996. He completed his Ph.D. in 1984 and became a Certified Strength and Conditioning Specialist in 1990. As Dean, he brilliantly saw the future and put the first personal computers on everyone’s desk, despite many protests. He founded Peaks Weightlifting Club in Flagstaff. He was the Director of the High Altitude Sports Training Complex in Flagstaff. He was part of the staff for the 1996 Olympic Games in Atlanta. He was a Senior International Coach for USAW, including coaching world teams in the late 90’s, and an IWF Category 1 Technical Official. At the time, he was one of just a few in the country to have the distinction of being both the highest level coach and the highest level official. Richard became heavily involved in the National Strength and Conditioning Association and was elected as President in 1996. Richard retired from NAU after a determined victory over throat cancer. He left Flagstaff to move to Phoenix in 2003 and started spending summers in Logan, Utah. He coached athletes in the winter in Phoenix at his son-in-law’s gym, and coached athletes and coaches at Utah State University in the summer. Richard was diagnosed with throat cancer again earlier this year. Despite the diagnosis, he continued working with his athletes until the week before he died. He passed on July 31, 2020. Working with his coaches and athletes was his passion, and he maintained that passion until the end of his days. Richard is survived by his wife, Donna, and his daughters, Allison House and husband Mark, and Andrea Lail and husband Brad. He is also survived by his five grandchildren — JD House, Darby House, Anna Lail, Laura Lail, and Jake Lail. A memorial service will be held in Sun City this fall. The family is setting up a fund at USA Weightlifting to continue Richard’s legacy of developing coaches. In lieu of flowers, a donation to the fund would be most appreciated. For more information about the scholarship, contact Mark House at [email protected]

Richard Anthony Borden, PT, Ph.D., CSCS In 1952, a 14 year old Richard Borden walked into a corner bookstore and picked up a Strength & Health magazine that would change his life and influence the lives of innumerable others. He was going... View Obituary & Service Information

The family of Richard Anthony Borden created this Life Tributes page to make it easy to share your memories.

Send flowers to the Borden family.