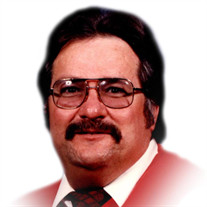 Let me tell you of the dash in between. Born to Robert Gregory & LaVania Speth Done. He lived and grew up in Smithfield where he attended Sky View High and Stevens-Henager College. He served a mission for the LDS Church in the New England States mission. He loved to bowl, swim, Scout, cook and ride anything with a motor and wheels. One day he went home teaching with a friend to a group of girls. Here he met Kerry Walker and they were married on July 6, 1978 in the Salt Lake temple. They experienced 43 years of life together. They brought four children into their home. Frederick, GeorgAnne, Robert, and Thomas. His niece Tosha also lived with them for 3 ½ years. Mike worked for Wurlitzer. When they closed the Logan Plant, he was able to get a piano. He played and brought joy through his music to others. He then worked for Gossners Cheese. He worked nights as a maintenance worker, then he switched to a packaging line. He worked long hard hours to support his family. He then worked as an LDS meeting house custodian. He worked there for 29 years. He loved working for the Lord and took pride in making the buildings look nice. About 20 years ago Mike was in an ATV accident. It rolled over him, which paralyzed his right side of his diaphragm. This caused him to feel tired, not sleep well, and eventually to have a host of other health issues. He rarely complained. He made the best of each day. Mike loved and was an avid Scouter. He was an Eagle Scout, Webelos leader, Cub Master, a District staff member, Scout Master, Order of the Arrow member. He spent 40 years loving it. His other passion was as a Santa Helper at Christmas. He did this from the time he was 21. He spent 40 years doing this as well. Mike was a tease, a joker, and a story teller. He loved life and being with other people. He really enjoyed cooking with Dutch ovens. He made many a tasty meal for others. He died from the ravages of the Covid Virus. He was preceded in death by his father Robert Gregory Done. His brother Kevin Scott Done, and his daughter-in-law Rebecca Green Done. He is survived by his mother LaVania Done, his sisters Marie (Jay) Bair, Lewiston, UT, Gloria (Gary) Read, Ogden, UT, Kerry Done (wife), Fred (Lindsee) Done, Logan, UT, GeorgAnne (Stanford) Bell, Cottonwood Heights, UT, Robert (Karalee) Done, Orem, UT, Thomas (Becky) Done, Ogden, UT, 15 grandchildren: Zachary Done, Kyle Done, Phoenix Done, Rylee Hamson-Done, Mariah Done, Wesley Bell, Evy Bell, Amelia Bell, Penelope Bell, Zoey Done, Xeva Done, Dax Done, Danika Done, Madison Done, and Thomas Done. In Lieu of Flowers please donate to a charity. A viewing will take place Friday Nov., 19th from 6-8pm at Allen-Hall Mortuary, 34 E. Center St. Logan, UT. Funeral services will be Saturday, Nov., 20th beginning at Noon at Allen-Hall Mortuary, with a viewing prior beginning at 10:30am. Graveside service at the Logan Cemetery. Services will be livestreamed and may be viewed online via the following link (password: Mike): https://us02web.zoom.us/j/83280308898?pwd=cFR1Sm9xa1A0TWpJaTN3RTRtOXVlQT09

Let me tell you of the dash in between. Born to Robert Gregory & LaVania Speth Done. He lived and grew up in Smithfield where he attended Sky View High and Stevens-Henager College. He served a mission for the LDS Church in the New England States... View Obituary & Service Information

The family of Robert Michael Done created this Life Tributes page to make it easy to share your memories.

Let me tell you of the dash in between. Born to Robert Gregory...

Send flowers to the Done family.