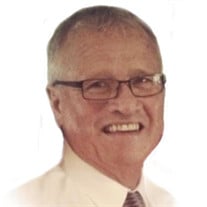 Robert Jay Whitman was born on December 11, 1942 to Josh “Jay” Lavon and Mary Della Roberts Whitman in Logan Utah. He passed away peacefully at Logan Regional Hospital from a blood disorder on September 19, 2021 at the age of 78. Robert was a miracle being born as a triplet in the early 40’s. He was born at 2 lbs. and has been a fighter ever since. He and his brother Ron survived and Raymond passed away at two days old. He graduated from North Cache High School in 1961. He was active in Football, Baseball, Basketball and Tennis. He enjoyed the outdoors and spending time with family camping and hunting. In his younger days he was an excellent water skier. He always had a love for firearms, gunsmith work and reloading. He attended and graduated with a bachelors degree from Utah State University. He worked for LeGrand Johnson Construction for 54 years, retiring in 2017 at the age of 74. He was hard working, honest and reliable. He was always punctual and his word was his bond. He met his eternal companion Shirley Ann Heaps on a blind date and decided he didn’t want to be a bachelor anymore. They were married on September 28, 1979 and later sealed on May 22, 1986 in the Logan LDS Temple. They would have celebrated 43 years in 10 days. His children Ashley and Josh were his life. He loved his children’s spouses like they were his own. He had the innate ability to make people feel loved. When his grandchildren started to arrive, his life was complete. They were his world. He was anxiously awaiting his fourth grandson. Robert was a member of the Church of Jesus Christ of Latter Day Saints. He served in many capacities, such as Bishoprics, High Council and as a Bishop. He is survived by his wife Shirley, daughter Ashley Larsen (Daryl), Perry, UT; son Josh Whitman (Morgan), Lewiston, UT; Grandchildren, Kamri, Lilly, Griffin, Kohl and Baby Boy Whitman, two sisters, Janet May (Gordon) Richmond, UT; Ann Smith (Eugene) Tremonton, UT and sister in law Sharon Whitman, Layton, UT. Waiting for him on the other side are his parents, Jay and Della Whitman and brothers Raymond and Ronald Whitman. (The triplets are reunited!) and his Grandson, Jace Daryl Larsen, and his many beloved dogs. The family would like to thank the ICU Staff at Logan Regional Hospital for their valiant efforts and loving care. Funeral services will be held Saturday, September 25, 2021 at 12 p.m. at Richmond 4th Ward building 150 S 100 E Richmond, UT. Friends and family may visit, Friday from 6 to 8 p.m. at Allen Mortuary of North Logan, 420 E 1800 N North Logan, Utah and Saturday from 10:30 to 11:30 a.m. at the Richmond Church house before the services. Interment, Richmond City Cemetery. Condolences may be expressed online at www.allenmortuaries.net

Robert Jay Whitman was born on December 11, 1942 to Josh &#8220;Jay&#8221; Lavon and Mary Della Roberts Whitman in Logan Utah. He passed away peacefully at Logan Regional Hospital from a blood disorder on September 19, 2021 at the age of 78.... View Obituary & Service Information

The family of Robert Jay Whitman created this Life Tributes page to make it easy to share your memories.

Send flowers to the Whitman family.