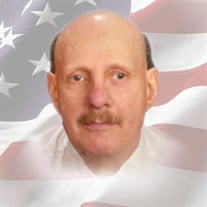 Rodney Allen Rasmussen was born November 17, 1957 in Idaho Falls, ID. When he was 3 and a half years old Anne Louise Perry and Robert Henry Rasmussen adopted him and his brother Daniel. They lived in Idaho Falls until Rodney was a teenager when they moved to Soda Springs, ID. He attended Soda Springs High School until he joined the army and ended up getting his GED in 1976. While in the army he had the opportunity to go to Panama, and he made several life long friends. He was honorable discharged from the army in March of 1980 due to medical problems and was promptly called to serve an LDS mission to Salt Lake City, UT. While serving on his mission he met Don and Mary Phillips who would later introduce him to the love of his life Martha Ann Hancock. They were married May 13, 1983 in the Salt Lake Temple and lived in Logan, Wellsville, and finally found a permanent home in Hyrum in 1984, where he was living at the time of his death. He attended Ricks College(BYU Idaho) and USU before going to work at E. A. Miller's for 27 years before health issues forced him into an early retirement. They were blessed with three wonderful children Rodney Jr, Melodie, and Alexandra. While living in Hyrum Rod held many Church callings: he was a devoted home teacher, Sunday School President as well as a Teacher, High Priest, Stake Missionary, and was involved in the Scouting program. He attended the Temple regularly and had many life long friends in the ward and community, he was a friend to all he met. Rod was also a member of the modern Mormon Battalion and would go on treks every summer to go visit the sites where the Mormon Battalion members were buried or markers of historical signifigance. He is survived by his loving wife Martha, three children Rodney, Melodie, Alexandra(Forrest), three grandchildren Hunter, Calliegh, and Krew and countless family members that all love and will miss him terribly. He was preceded in death by his parents: Robert and Anne Rasmussen and his brother Daniel. Services are under the direction of Allen-Hall Mortuary. A viewing service will take place Sunday evening, July 18th, from 6 to 8 pm at Allen-Hall Mortuary, 34 East Center Street in Logan. Graveside services will take place Monday, July 19th, beginning at 10am in the Hyrum City Cemetery.

Rodney Allen Rasmussen was born November 17, 1957 in Idaho Falls, ID. When he was 3 and a half years old Anne Louise Perry and Robert Henry Rasmussen adopted him and his brother Daniel. They lived in Idaho Falls until Rodney was a teenager when... View Obituary & Service Information

The family of Rodney Allen Rasmussen created this Life Tributes page to make it easy to share your memories.

Send flowers to the Rasmussen family.