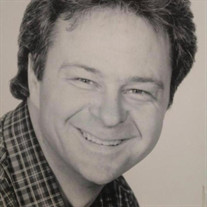 Scott LeRoy Miller, 69, of Logan, UT peacefully returned to his Heavenly Father on the night of February 20, 2022, surrounded by his wife and children. Scott was born on March 26, 1952 in Mesa, AZ to Jey A and Mary Inez Rummel Miller. As a young boy he moved around the country with his family as his father built churches and buildings for The Church of Jesus Christ of Latter-day Saints, and offices for a commercial company. He loved telling childhood stories of the places he lived: Mesa; Battlecreek, MI; Rockville, MD; and San Diego, CA. As a young man he spent many days constructing buildings and spending quality time with his father and brothers. He learned his incredible work ethic in these years. He graduated from Westwood High School in Mesa. He then attended Mesa Community College until he was called to serve the Lord as a missionary in the Alberta Saskatchewan Mission. After his missionary service he attended and graduated from BYU where he met Barbara Done of Denver, CO. Later, after graduating college, he re-kindled that relationship with Barb Done. The rest was history. They were married March 1, 1990 in the Salt Lake City temple for time and all eternity. They were blessed with two beautiful children. There is much to be said about Scott’s talents and abilities. He loved to sing and loved working in film. He was in many Church films and commercials, and with his “golden voice” did voice-over work often. He was asked to sing and play the guitar often at events, restaurants, weddings, and church functions. He loved to play golf and softball throughout his life, and people always commented on his “sweet swing”. He cherished the outdoors: camping, snow and water skiing, scuba diving, hunting, fishing, cliff diving, and horseback riding kept him busily engaged in the outdoors all his life. Scott loved to be in the service of God and his fellow man. He served in many formal callings in the Church, and especially took pride serving as a home teacher. He loved developing personal relationships with the families he home taught, and would always dress in his Sunday best for their monthly visits. He could often be found in his free time working on family history, reading scriptures or church biographies. Scott will be forever remembered as someone who cherished his family, his friends, his country, and his God. Always the life of the party and with seemingly limitless talents, he was and is loved and adored by all who know him. Scott is survived by his wife Barbara Ann, his children Riley Done and Hannah LaReta, and his brothers and sisters and their spouses: James Craig (Juel), Rodney Jey, Marci Miller Riggs, and Malinda “Mindy” Miller (Tom Almour). He is preceded in death by his brother John Reed Miller. We would like to express our deep thanks to all the doctors, nurses, and medical professionals who helped him in his latest years. A funeral will be held at the Church on 150 N 100 E in Providence, UT on February 26 at 10 am. There will be a viewing held on both February 25 from 6-8pm at Allen-Hall Mortuary in Logan, and at the meetinghouse starting at 9 on February 26.

Scott LeRoy Miller, 69, of Logan, UT peacefully returned to his Heavenly Father on the night of February 20, 2022, surrounded by his wife and children. Scott was born on March 26, 1952 in Mesa, AZ to Jey A and Mary Inez Rummel Miller. As... View Obituary & Service Information

The family of Scott LeRoy Miller created this Life Tributes page to make it easy to share your memories.

Scott LeRoy Miller, 69, of Logan, UT peacefully returned to his...

Send flowers to the Miller family.