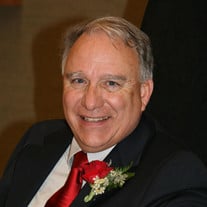 Scott B Tolman, 76 of Mead, Washington, passed away on May 25th, 2021, Not COVID-19 related for government counting purposes. He was born in Afton, Star Valley Wyoming on October 10th, 1944. He is a Grizzly from Logan High School 1962, an Aggie from Utah State University 1969, and a Trojan from the University of Southern California 1980. Scott served a two- and half-year mission for the Church of Jesus Christ of Latter-Day Saints in the Paris, France Mission from 1963 to 1965. He married Linda Marie Johnson for time and all Eternity in the Logan, Utah Temple of The Church of Jesus Christ of Latter-Day Saints on September 29th, 1969. Scott served in the United States Army for just short of twenty-five years and retired as a Lieutenant Colonel. He had a great love for his country and felt that serving in the Military was his honor. He wore many patriotic shirts and ties everywhere he went. He served in numerous callings in The Church of Jesus Christ of Latter-Day Saints, in many wards and branches all over the world and was currently serving as the Stake Patriarch for the Mt. Spokane Stake. He and his wife of fifty-one years raised seven children while living on three continents traveling the world. He loved his family and to travel. Family vacations were trips where he would find new ways to get somewhere so that he could see something new with his family. He had visited all 50 states and over 60 countries worldwide and had just recently created new business cards that introduced him as “World Traveler”. Scott was preceded in death by his son Jared Joseph Tolman, his parents, Edwin Osborne and Valene Elizabeth Tolman, and his little sister Janis Newton. He is survived by his wife, Linda Marie Tolman, six children Sherri Lynn (Christopher Alan Matlock), Christi Ann Tolman, Matthew Scott (Catherine Jill) Tolman, Michael Edwin (Morgan Malinda) Tolman, Heidi Marie (Mark Adam Johnson), and Jonathan Carl (Shannon Case) Tolman, twenty-four grandchildren and his sister Judy Waite. Viewing and Funeral services will be held on Saturday May 29th, 2021, at The Church of Jesus Christ of Latter-Day Saints, 5302 East Greenbluff Road, Colbert, Washington. The Viewing will be from 1300 to 1430. Funeral Service will start at 1500. His final resting place will be at the Logan Cemetery 1000 North 1200 East Logan, Utah. A viewing will be held on Tuesday, June 1st, 2021 at the Allen Hall Mortuary 34 East Center Street, Logan Utah at 1300 to 1400 and grave side service at 1430.

Scott B Tolman, 76 of Mead, Washington, passed away on May 25th, 2021, Not COVID-19 related for government counting purposes. He was born in Afton, Star Valley Wyoming on October 10th, 1944. He is a Grizzly from Logan High School 1962, an... View Obituary & Service Information

The family of Scott B Tolman created this Life Tributes page to make it easy to share your memories.

Send flowers to the Tolman family.