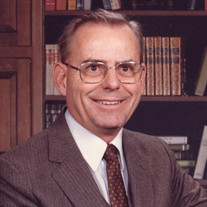 Vern Lee Ashcroft, age 90, passed away quietly on Pioneer Day, 24 July 2021, after suffering a debilitating stroke. He is survived by his wife and two daughters, Janet (Don) Summit and LeeAnn (James) Smith, 14 grandchildren, and 12 great grandchildren. Vern started his life precariously with a premature birth at 7 months in 1931 to Charles Leland and Sarah Wanda (Reese) Ashcroft of Hyde Park, Utah. From that time forward, Vern showed a tenacity and love for life, embracing new challenges throughout his life. Vern grew up on his family’s dairy farm in Hyde Park, UT, where he learned to work hard and be dependable. His experience on the farm resulted in his selection as a Delegate from Utah to the National 4H Club Congress in 1949. Growing up, Vern had two things he truly enjoyed; Chief, a horse that he raised and baseball. On any given summer day, you could find Vern in his backyard with a grandchild playing a game of catch! Vern was also an avid gardener and took great pride in what he was able to harvest each fall. Vern graduated from North Cache High School in 1949, and from Utah State University with a B.S. in Business and Social Science in 1956. He continued his formal education throughout his life. One of Vern’s greatest sorrows was that he was unable to fulfill a full-time mission. He received his mission call to California, but it was cancelled by the church due to the mandatory draft during the Korean conflict. Instead, he attended Utah State University while maintaining his chores on the farm. Later in life, he served stake missions in Ogden, Utah; Denver, Colorado; and Costa Mesa, California along with serving a full time family history mission with his wife. Vern was a veteran of the U.S. Army, serving in Germany from 1952 to 1954, earning the Army Occupation Medal (Germany), the National Defense Service Medal, and the Good Conduct Medal. After returning from military service, Vern met his sweetheart, Nancy Rae Jones, at USU, and they later married in the Salt Lake City LDS Temple. Vern and Nancy began their married life in Ogden, Utah, moving to Denver, Colorado, Costa Mesa, California, Washington D.C., and then back to Cache Valley after 21 years. During that time, Vern successfully worked as a computer analyst in the early years of computer programming, then as a district manager for Tax Corporation of America for the East coast of the United States. Choosing to move back to Utah, Vern settled in as a life insurance agent, choosing to sell a product he sincerely believed bettered lives. He continuously set goals for improvement in his professional life, winning many awards for his performance such as attaining the Million Dollar Roundtable and receiving the National Sales Achievement Award from the National Association of Life Underwriters for many years. He earned his Certified Life Underwriter (CLU) designation and also served as a state delegate to the National Republican Convention. Vern’s priorities always included God, family, and church. He served faithfully in many callings in The Church of Jesus Christ of Latter-Day Saints, including as a temple worker in the Los Angeles, California; Washington D.C.; and Logan, Utah temples. He loved reading the scriptures and bearing his testimony of the Book of Mormon and the Savior. Vern loved being a dad. He loved working with youth and is known for his kindness and encouragement for them. He loved to laugh and spread good cheer. His influence will long be felt. Funeral services will be held on Saturday, July 31, at the North Logan 2nd Ward building at 1105 E. 2100 N., North Logan, at 11:00 a.m. with a viewing prior from 9:30-10:30 a.m. Interment and the military presentation will be at the Hyde Park, Utah, Cemetery. Please share your condolences and memories online at www.allenmortuaries.com. In lieu of flowers, the family requests donations to the LDS Humanitarian Fund. Services will be livestreamed and may be viewed via the following link: https://us02web.zoom.us/j/82712780160?pwd=ejgvTzgvdFEvWGIxeXI5SCtrbjJoQT09 Password: Ashcroft