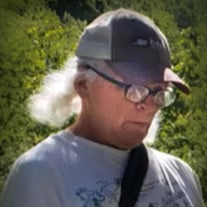 Wellsville – Warren Clarence Bassett 78, passed away on June 7, 2021. Warren was fascinated with how things worked down to the most minute level of detail. He was especially fond of electronics, even at an early age. This lifelong passion served as the cornerstone of both his career as well-as it consumed his free time during his non-working hours. Warren was educated in Cache County Schools and entered the United States Navy after graduating high school. Warren’s aptitude for electronics was recognized by the Navy where Warren expanded his quest for knowledge as a microwave electronic technician. After honorable discharge, Warren married, started a family, relocated to southern California where he excelled both technically and managerially working for a large electronic defense firm. Eventually Warren moved his family back to Cache Valley, continued his electronics career and most importantly where he could satisfy his love of the outdoors and nature including being close to his extended family. Warren when he was not creating from scratch a deep space telescope, satellite dish, or an electric car, would often be found hiking in the mountains of America’s west with family members and friends. A natural leader, he instilled in his children, as his father did in him, the value of hard work and the insatiable need for knowledge acquisition. Warren was the epitome of a life-long learner. He loved people and enjoyed not only being a student of life, but was more than comfortable being a teacher freely passing along his immense knowledge base to others. He made deep associations with friends and was respected by those who knew him well. Warren understated his worth and avoided praise. His personal style demanded competence not only by those in his circle of influence, but even more so from himself. His love for teaching lead to neighborhood children stopping by for assistance with many viewing him as Grandpa Warren. The almost daily visits by his neighborhood grandchildren brought immense joy and happiness to all their lives. Warren was preceded in death by his father Royal C. Bassett Jr, Mother Afton Peterson Bassett, sister Joyce (Robert) Strebel and brother Jarvis Bassett. Warren is survived by his sons Tony (Kim) Bassett, Scott (Julie) Bassett, Brandon (Jennifer) Bassett and daughter Amanda Bassett, 15 grandchildren, 1 great grandchild, sister Sharon Bassett, brother Bill Bassett, sister Shonie (Robert) Harris, and brother Jimmy Bassett. In lieu of flowers, the family requests that donations be made in memory of Warren at the American Hiking Society. https://americanhiking.org/ Arrangements entrusted to the Allen-Hall Mortuary in Logan. (435-752-3245) https://www.allenmortuaries.net/. Condolences are encouraged on their website. Graveside services will be held at the Wellsville Cemetery for family and friends on Saturday, June 12, 2021, at 12:00 p.m.

Wellsville &#8211; Warren Clarence Bassett 78, passed away on June 7, 2021. Warren was fascinated with how things worked down to the most minute level of detail. He was especially fond of electronics, even at an early age. This lifelong... View Obituary & Service Information

The family of Warren Clarence Bassett created this Life Tributes page to make it easy to share your memories.

Send flowers to the Bassett family.