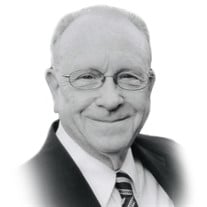 Warren L. Burton died at his home in Providence, Utah on October 31, 2020, surrounded by the love of his life, Alta Chugg Burton, and his children who will hold the memory of him in their hearts forever. He was born September 10, 1934 in Salt Lake City, Utah to Fielding G. and Melba Lindsay Burton. At a very young age he was taught to play the cello which set the foundation for his lifelong career in music. Dad was hired by Utah State University as a producer/director for KUSU-TV and was instrumental in getting the TV station, then channel 11, on the air before joining the Music Department in 1965. He pioneered the first large scale classes in the Old Main Auditorium where he combined all sections of Music Appreciation into a class of two hundred fifty. He continued to teach four to five hundred students in the Kent Concert Hall until the day of his retirement in 1999. In 1966 he became the first of the “Flying Professors,” when he and another colleague flew in a Piper Cub to teach the first University Extension classes in the Uintah Basin. He continued to “fly” until the year of his retirement. From 1980 to 1987 he served as Head of the Music Department at Utah State University. Dad played in many orchestras and groups, including the Utah Symphony. He combined his love of music with his amazing sense of humor and while in college developed a musical comedy act. For more than forty years he entertained groups of people locally, at national conventions across the country and on cruise ships. He appeared on many national television programs, including The Tonight Show, The Dinah Shore Show, P.M. Magazine and with Bob Barker and Bob Newhart. The most common question his children were asked while growing up was, “Is your father as funny at home as he is in public?” Our answer was always, “Yes. Yes he is.” There is not room to list all the awards and grants he was given nor to state all the remarkable things he achieved during his career because, as accomplished as his professional life was, he was much more than that to his children. We will always remember how patient he was. He was a teacher in everything he did. He was always willing to give of his time to everyone, especially his family. He was a creative problem solver and could repair practically anything in the house. There were no strangers to Dad. He could break the ice and talk to anyone and left people with a smile on their face. Dad had great wood-working skills and loved making things in his shop such as furniture, toys, puzzles and with Mom’s help restored old furniture and rocking chairs. He loved working in his shop with his grandchildren and great-grandchildren and they loved being there with him. He also loved working in his almost half-acre garden. Many wonderful conversations were had while out planting and irrigating the garden. We will miss Grandpa’s corn. Dad’s testimony of Jesus Christ was manifest in his life-long activity in the Church of Jesus Christ of Latter-day Saints. He served as a missionary in the Swiss-Austrian Mission, and with his wife as mission president of the Germany Munich Mission and as CES missionaries in the Czech Prague Mission. He served many years as a temple ordinance worker and sealer and had many other callings. In 2007 he was called as Patriarch in the Logan, Utah YSA 1st Stake and served there until just before his passing. He is survived by his sweetheart Alta C. Burton of Providence, children Greg and Mirial Burton of Provo, Denise and Alan Erickson of Vancouver, Washington, Patricia and Bryan Haslam of Wales, Utah, Jill and Dale Pfister of Clinton, Utah, Jan and Kelly Wigington of Providence, Utah, Lindsay and Ame Burton of Omaha, Nebraska, Natalie and Mike Eralie of Brussels, Belgium, and Allison Paskins of Ogden, Utah. He and Alta have 59 grandchildren and 61 great grandchildren. He is also survived by his sister Elizabeth Burton. He was preceded in death by two grandsons, Martin Clements and Nicholas Burton, his parents, two brothers Lindsay Burton and Rulon Burton and his sister Luella Mathusek. We would have loved to celebrate Dad’s life with his friends and associates at a viewing and funeral but times being what they are, we will honor him at a family graveside service held at the Providence Cemetery on November 3, 2020 where he will be interred. Services will be live streamed and may be viewed at www.allenmortuaries.net where memories of Dad condolences may also be shared. Services may be viewed beginning at 1:00 pm at https://us02web.zoom.us/j/87681914822?pwd=Wk51ZkU0QlRGWWZnbUo2bllHbWQ1UT09 PASSWORD: Burton

Warren L. Burton died at his home in Providence, Utah on October 31, 2020, surrounded by the love of his life, Alta Chugg Burton, and his children who will hold the memory of him in their hearts forever. He was born September 10, 1934 in Salt... View Obituary & Service Information

Warren L. Burton died at his home in Providence, Utah on October...

Send flowers to the Burton family.